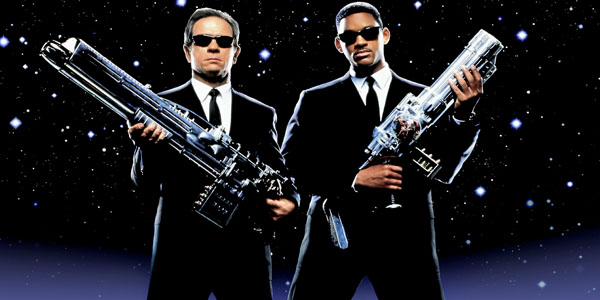 Columbia PicturesWith the continued box office dominance of the Marvel Cinematic Universe along with the X-Men and Spider-Man franchises, the popularity of the superhero genre looks set to continue for some time yet. Man of Steel served as the kick-off to DC's own connected mythology and in the next three years will provide a new cinematic iteration of Batman along with the highly-anticipated Justice League movie, not to mention plenty of other sequels and reboots to established characters. When studios are looking for a surefire blockbuster hit, comic books are now the first port of call. You'd be forgiven that the battle for comic book movie dominance is a two-horse race between Marvel and DC, which is to be expected given that the 'Big Two' boast the most famous characters and the biggest box office grosses. However, there are plenty of great comic book movies out there that are based on source material from neither company, and this article will count down the 20 best non-Marvel or DC comic book movies of all time. Some of these adaptations are based on what many would call 'graphic novels' rather than 'comic books', but all of them started life on the page before being given a feature-length adaptation, often with the original material completely disregarded in favor of creating a different cinematic experience. Be sure to check out these articles that rank every Marvel and DC movie from worst to best to contrast and compare on how their complete filmographies stack up against each other. Do you agree with the choices in the article? Are there any other non-Marvel or DC comic book movies would you have included? As always, sign off in the comments below.

Warner Bros.Zack Snyder's adaptation of Frank Miller's series was never going to provide much in the way of substance, memorable dialogue or characterization but as a piece of stylishly violent entertainment, 300 provides enough visceral thrills and over-the-top machismo that throws historical accuracy and logic out of the window in favor of sheer spectacle. You know where you stand immediately with 300 given that the entire plot can be summed up in one sentence, but that's really all you need to know. Gerard Butler provides both screen presence and charisma as history's shoutiest king, backed by a string of cutout characters that only exist to serve the action sequences. It is these scenes that elevate the movie above tedium, with Snyder's penchant for slow-motion and speed ramping providing a visually stunning series of over-the-top battles that result in a granite-hewn slab of big dumb fun.
TV