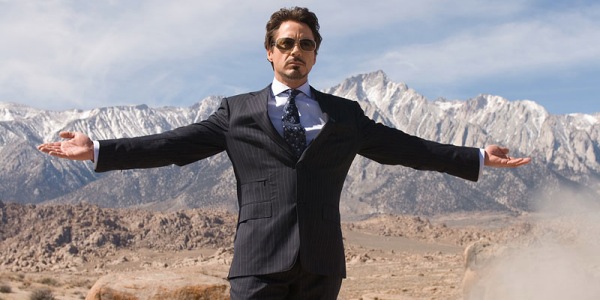 The first of two superheroes on this list (I bet you can guess the other one) that owe a significant part of their status to the capitalist system. Tony Stark is a very rich man. He has reached that level of wealth that a certain few will always reach in a market economy. Really, he has too much money. But there's no doubt at all that he needs every penny, as being Iron Man is an expensive business. A recent estimate put the eye-watering cost of being Iron Man at around $1,600,000,000 . While Tony Stark is clearly a very clever man who has a talent for building some impressive weaponry, a major asset continues to be his huge bank account. And this huge bank account was built in a market economy. So capitalism can't be all bad - after all, there's a chance you could become Iron Man.

Phil is a politics graduate interested in film, TV and tweeting Alan Partridge quotes to obscure British celebrities. He is currently reviewing every film he watches between Halloween 2013 and Halloween 2014 over on his blog - www.philfilmblog.blogspot.co.uk

20 Things You Didn’t Know About Se7en

The Dark Knight Or Joker Quiz: Which Joker Said It, Heath Ledger Or Joaquin Phoenix?