One enduring memory I have about how myself and my friends reacted to The Hobbit: An Unexpected Journey came in the shape of one of my best friends. He saw the showing before me and came out as I went in to quickly throw up on me his extreme praise of the film whilst the people he went to see the film with stood behind him shaking their heads, pressing on me the impression I already knew I would have. The following day we all met up to discuss the film at length, because were the students who prioritise an intellectual debate on films above going out, meeting new people and generally living life to any level of fullness; essentially preferring to think of ourselves as the equals to the characters in The Big Bang Theory when in reality we are all just a little sad. The debate brought across many points but one was the overriding theme: crushing disappointment. Even my friend who initially lavished praise could find few things he could salvage in the train wreck of broken dreams that comes following a disappointing cinematic experience (again, we have our priorities in all the right places). My friend who had spent a year referring to this event as his cinematic highlight for the year, had indulged in all the production diaries and I believe kept a suspiciously sticky picture of Peter Jackson under his pillow (Note: This isnt true) couldnt find enough positives to outweigh the negatives which brought me to the question: Just where did The Hobbit go wrong? First its important to clarify that The Hobbit is not necessarily a bad movie...Wait a minute; its an incredibly bad movie. It has one interesting action set piece and the riddle scene which crossed the dangerous border in to moderately entertaining but this is lost in 3 hours of repetitive boredom. 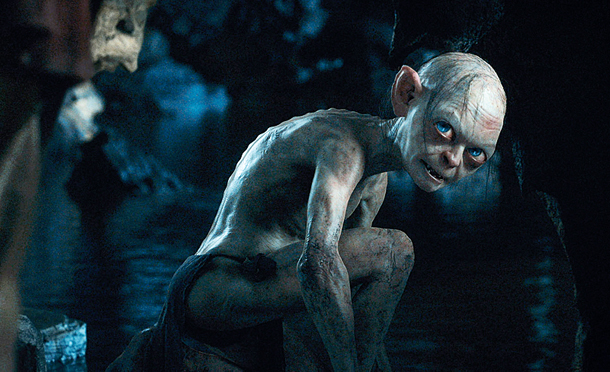 Lets begin the list of The Hobbits mistakes with the run time: its three hours long, to tell 6 chapters of the story... To let other disappointed film fans in on a secret  You could have bought the book and read the chapters quicker. The run time is such an off putting aspect of this film due to the fact that it is so incredibly forced. It feels like Peter Jackson took criticisms about book faithfulness in the LOTR trilogy all too seriously and decided not to omit a single second of filmable material in this instance. The problem is that the wealth of material that has been included drags down the films pace to drastic levels. Some aspects of books just arent right for an action/adventure film adaptation. Whilst the depth of the world is something book lovers delight in exploring, for a film adaptation the narrative needs to be the main focal point and the amount of time spent pondering over drawn out insignificancies rips any form of pace from the narrative.

Another hotly debated aspect of The Hobbits failings is the controversial 48 frames per second filming style which had a lot of people chanting Whats the point? Quite simply there isnt a point in this; its just a technological innovation for technological innovations sake. Like James Cameron with 3D in Avatar another egotistical movie director is trying to be the forerunner in something. How does it look? When nothing is moving it looks exquisite, however it cant seem to grasp the idea of motion which as you can imagine is quite off putting in an action adventure tale. The thing it reminded me of was a faulty internet stream: the sound is playing but the picture has stopped, then the picture starts playing at double speed to catch itself up. On top of that it makes the CGI look more blatant and, if anything, worse than the Lord Of The Rings Trilogy by a cartoony, over stylised feel it gives to a world that is supposed to me gritty and dark. Forsaking the rather superficial complaints about The Hobbit: I feel its biggest flaw is in a lack of tonal direction. Quite simply  Jackson tried to match the more light hearted feel of the book with the darker, more serious tone of The Lord Of The Rings trilogy to appease both audiences. The result? An abominable mismatch of ideas that cripples what should have been the films signature set pieces.

Now I know there will be comments which say but The Hobbit came first!, I am fully aware of that, the problem that lies here is that the tones of the separate books are different but it is not something Jackson is willing to commit to, jumping between funny and dark in a bid to speed up the overlong scenes and satisfy fan needs. It doesnt work. An early example is the scene in Bilbos house, in Fellowship of the Ring the members of the Fellowship were mainly brought in a short introductory scene which established their characters; here they come in one by one to be introduced by name, only for the writers to discredit their importance a second after. Following this introduction there is a comical dinner scene and then approximately 7 seconds of a song about washing plates before the tone of the scene being completely reversed for a more serious song to give the film a dramatic edge, before this is completely ignored. Furthermore the troll scene is played for laughs; the monstrous creatures that induced fear and loathing in the Lord Of The Rings trilogy are now represented as laughably inept cooking amateurs in a scene thats at least 5 minutes too long. Thus when the scene turns in to a bit of a fight and threat it is impossible to buy in to  how can you be afraid of three things that dont know how to correctly use a spoon? It makes the whole overcoming of their intelligence, meant to be a big moment for Bilbos character, a well DURR, anyone could have done that moment. Furthermore the films most interesting set piece, underground with the Goblins, is once more undermined by the snivelling ineptitude represented with the Goblins and Goblin king; you dont fear these creatures anymore than you would a moth floating around your ceiling. Then when a conflict comes and these now supposedly fearsome creatures are being combated with a ladder falling on their heads you cant help but think what is this trying to achieve? To wow us or make us laugh? Fatefully, the film cant make this decision, and neither can the audience members who left disappointed.

Want to write about Peter Jackson, The Hobbit, Opinion and The Hobbit: An Unexpected Journey? Get started below...
Contributor
Luke Stevenson
Contributor
Twitter