Previously I took the axe to the Adipose, the Rutan Host, Raxacoricofallapatorians and the Movellans as species that should never again be seen in Doctor Who. This time, I hop on my other foot, and pick four monsters that we should see return. Theyre species that add that something special to the series and, with the current special effects gurus doing such a good job, could look pretty damned cool. 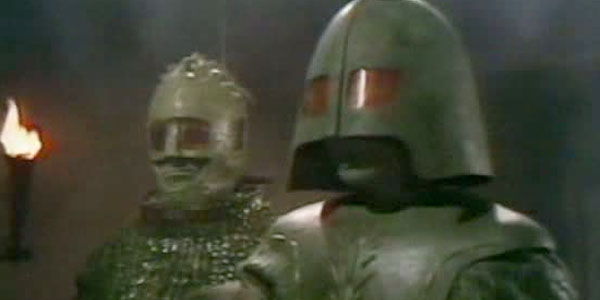 The Ice Warriors are, despite their limited appearances, one of the most recognised foes of the Doctor Who universe. Heavily armoured with green bodies, these Mars natives havent been seen since the Third Doctors The Monster of Peladon (although they were mentioned in the Tenth Doctors The Waters of Mars). The idea that Mars once had life has always been a popular one in science fiction and, like the Silurians, the notion that intelligent life existed in our solar system long before humans is a very funky tool for any story. Obviously, the Ice Warriors will need to be updated as to be brought successfully into the 21st century. But I think they provide a great opportunity for a monster of the week episode that is a nod towards both the history of the show as well as unique locations  for instance, think how much we loved Lake Silencio. Imagine the Doctor exploring the Martian Ice Caps or the Valles Marineris, it could look absolutely stunning on screen. Admittedly, the Silurians already mean we have a Reptilian species on screen, but Im more than confident that the Ice Warriors could be reinvented to get around this.

On the topic of the Silurians, why not their cousins, the Sea Devils? From the depths of the oceans, the Sea Devils could rise again. As a monster of the week style creature, theyd fit perfectly into what Executive Producer, Steven Moffat is trying to achieve with smaller, self contained stories in Series 7. The Doctor could turn up on an undersea colony or submarine under siege by the Sea Devils. Or like the Silurians, the Sea Devils hibernation could be disturbed. Alternatively, they could be re-imagined to some extent as to prevent Earth becoming overpopulated with hibernating species that existed before we did. But fundamentally, theyre one of the more believable alien concepts to have graced the Doctor Who franchise back in the age of less than ideal special effects.

One of the standout two partners of Doctor Who since its return in 2005 were The Impossible Planet and The Satan Pit, and its in no small part thanks to the novel concept of the Doctor bumping into the dark, primordial evil of The Beast. Now, this wasnt the first time the Doctor had likely seen one of these creatures (having previous seen The Destroyer as the Seventh Doctor), but what was special about this episode was the way Doctor Who approached the concept of religion  that the Doctor recognised what the creature was, but didnt accept it was some supernatural being. And this is why Id love nothing more to see this type of monster revisited. We know the Time Lords are old, but there are creatures older than them, and occasionally, when the Doctor meets one of them, it raises the ante just that little bit more.

The apparently hapless slaves of the Daleks back in the Third Doctors Day of the Daleks, the Ogrons were tall, dark (literally) silent types. They were actually the original Judoon of the universe, mercenaries for hiring, galactic policemen and all round burley enforcers of cosmic control. However since those halcyon days, the Ogron have gone missing, cast aside by a bunch of space rhinos. Theyve cropped up in spin-off media a few times, where theyve been cast as somewhat more intelligent that they were in Day of the Daleks, even having a fleet of their own in one appearance. If anything, it would be interesting to see whats happened to one of the Daleks former slave species now that the Time War is gone. Were they sucked up in it, are they still out there, trying to recover from their oppression, who knows. What I do know is that there has to be a joke that starts An Ogron, a Judoon and a Zygon walk into a bar... So, any species youd like to see brought back into the Doctor Who limelight?
Quizzes

Want to write about Doctor Who? Get started below...
Contributor
Gwynn Compton

Working in public relations, the place where writers and creative people go to die, Gwynn maintains an eclectic mix of interests that range from long-distance running and writing through to Latin dancing and science fiction. As a child he once tried to turn his tricycle into a Dalek using sticky tape and A4 paper. His Dad didn’t appreciate his creative use of all the printer paper as much as Gwynn did. Follow Gwynn on Twitter @gwynncompton

Pokemon Quiz: Bet You Can't Name All These Pokemon!