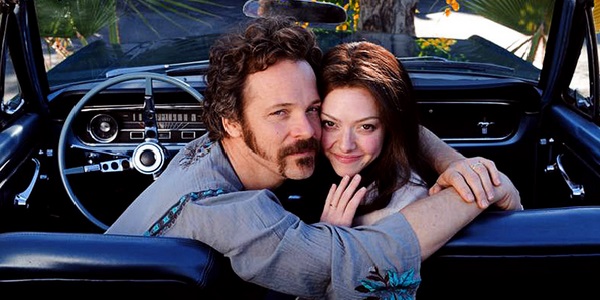 Given that Amanda Seyfried has already acted topless in the movie Chloe, much of the fascination around her Linda Lovelace biopic isn't really whether she'll do it again, but how far she's going to go. Though the movie isn't quite released yet - it's due out later this month - screenings at Sundance report that Seyfried doesn't go "full frontal" as many expected despite appearing topless several times throughout, and as she herself said, she wanted to save something for her husband. However, given that so much of Lovelace's career was focused on the oral sex act that became the title of her most famous "feature" - Deep Throat - much attention was paid to how the film would end up depicting that act. Reviews so far suggest that we don't see much of anything, and that Seyfried's hair is used to obscure most of the act (unsurprisingly), though given the furore that erupted around Deep Throat upon original release, expect the film to be a rather jubilant celebration of the act that, depending on your view, was either a tremendous sexual liberation, or an enslavement (or if you're sensible, probably neither).
Contributor
Shaun Munro
Contributor
Twitter

Can You Name The Femme Fatale From ONE Image?