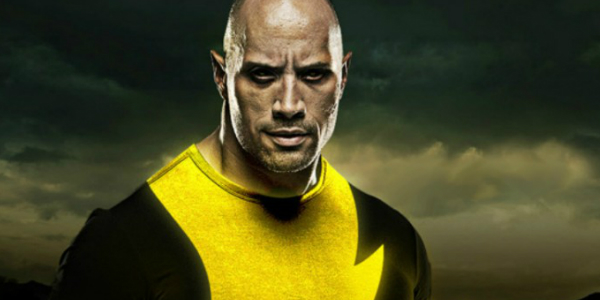 It's the weekend, and you know what that means... It's time for another edition of the best news wrap-up around, the Whatculture.com News Brief! We thought last week was slow for movie and TV news, but this week took the cake. Luckily for us, however, the announcements we did receive were big enough to keep us glued to our RSS and Twitter feeds long enough to make it through the news drought and give us plenty of material to talk about here. We have updates on high-profile projects like Sony's Shadow of the Colossus adaptation, Dreamworks' How To Train Your Dragon 3, Warner Brothers' Shazam movie, and the second season of HBO's shocking new drama, True Detective. On top of that, we have news about some future Terminator installments, a spin-off of The Walking Dead, a CHiPs remake, a Supergirl TV show from DC Entertainment, and of course the tragic news of legendary comedian Joan Rivers' passing. All of those stories and more await you in the following pages. So, what are you waiting for? Let's do this!

Paramount showed a sign of confidence in Alan Taylor's ill-titled Terminator: Genisys, the quasi-reboot of the iconic franchise that stars Emilia Clarke, Jason Clarke (no relation), Jai Courtney, and Arnold Schwarzenegger. The film doesn't hit theaters for another year, but on Friday night the studio announced the release dates for two sequels. Simply dubbed Terminator 2 and Terminator 3 (for now), they will hit theaters on May 19, 2017 and June 29, 2018, respectively. With Terminator one of the only tentpole franchises at Paramount's disposal, it comes as no surprise that the studio is already staking its claim in the crowded summers of the near future. In 2017 Terminator 2 will face off with two behemoths at the box office. An untilted Marvel Studios film is slated for release two weeks earlier, while The LEGO Movie sequel comes out the very next weekend. In 2018, Terminator 3 also faces an uphill battle, as it shares its June release date with an untitled Fox/Dreamworks Animation project and hits cinemas just a week before another mystery Marvel film is likely to dominate the box office. ' The success of these sequels completely depends on how well Thor: The Dark World and Game of Thrones director Alan Taylor manages to reboot the franchise, which has a lot of ground to cover in the hearts of fans after two mediocre installments like Terminator 3: Rise of the Machines and Terminator Salvation. Terminator: Genisys hits theaters on July 1, 2015.
Film

How I Met Your Mother: 10 Craziest Things Ted Did For Love

Only Fools And Horses: Ranking All The Main Characters From Worst To Best

You'll Never Be Able To Name All Of These Sons Of Anarchy Characters!

Bray Wyatt Wants To Play Zoltan In The Witcher Season 2