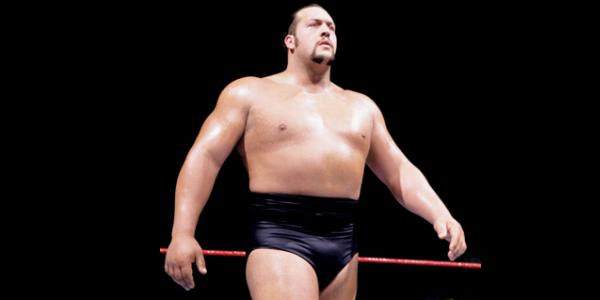 WWE.comPaul 'Big Show' Wight married his first wife on Valentines Day 1997, entering wedded bliss with Melissa Ann Piavis. Then known as 'The Giant', Wight had been a major player in WCW but was now eyeing jumping ship to the WWF. That dream was realised in 1999, when on Wight's second wedding anniversary he debuted in the WWF at the St Valentine's Day Massacre pay per view. That's a little bit symbolic of the way things were headed, Wight's priority wasn't to be at home with his wife on their wedding anniversary, instead he was now all about Vince McMahon's WWF. Big Show went on to win the WWF title in late 1999, starting the year 2000 as Champion. Later that year, his wife left him. Professionally though, Show's career was on the up and up. He main evented WrestleMania 2000 and won the title again in 2002 - the same year his divorce from Melissa was made final.
WWE Writer
Grahame Herbert

Ric Flair Cancelled Due To Dark Side Of The Ring Reaction

10 Things We Learned From Dark Side Of The Ring: WWE's Plane Ride From Hell