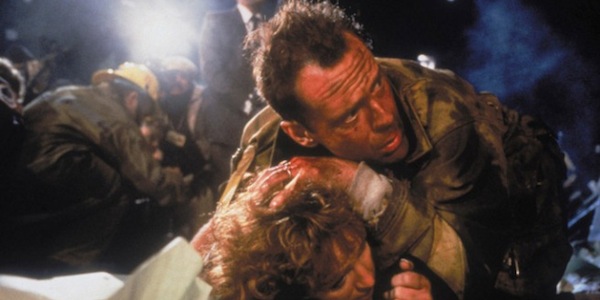 Although we wouldnt have thought it at the time, especially as many of us probably saw Die Hard well before we were the correct age, Die Hard reminds us that uncompromising action films, like many other big name releases, were rated 18. You know what to expect with an 18, and many feel that as the series has gone on, and the certification has veered gradually lower (at this rate the final film will be a "U" called Die Hard With Bunnies & Kittens), the quality and sheer adrenaline rush has lowered along with it. Not so here: its a licence to crack necks, blow up FBI guys, walk on glass and generally do all the nasty stuff an 18 certificate permits. 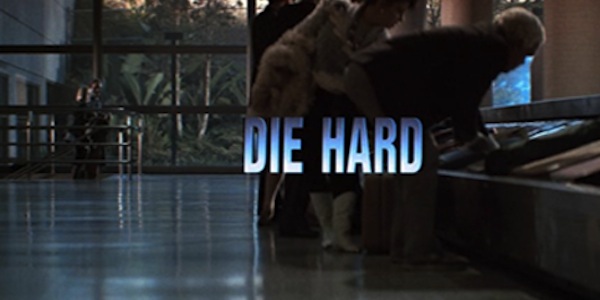 As far as titles go... well, what does "Die Hard" actually mean? It could be that our hero, John McClane, is a dedicated and tough guy who doesnt give up - a die hard hero. Another view is that he is very difficult to kill. You know, that it' Or, more likely, it just sums the film up quite nicely. For the next two hours people are going to die, and a lot of them in a crunchy/physical hard kind of way. Whatever, its something that also just sounds very cool and shorthand for "Moonlighting Guys Explody Building Shoot-Out Time" - which would have just been a silly (if accurate) title.

48. It Cuts To The Chase, From The Very Beginning 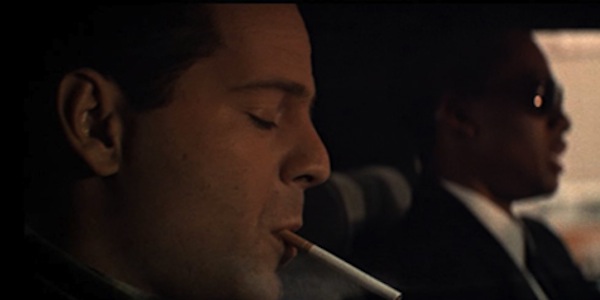 The opening shot, a mans hand gripping onto the armrest, is a signal for the viewer - you need to hold on from here on in. And once thats out of the way, on with the set up, and its a classic way of putting the pieces in place as quickly as possible. Within five and half minutes of screen time, we know everything there is to know about our hero - hes a NYC cop, has been for 11 years now, his marriage is on the rocks, hes come to see his wife who moved for the sake of her career, she works in a massively tall building, hes hot-headed and tired. We go from airplane to office block in the blink of an eye, and the point is explicitly made at 10 minutes that the Nakatomi workforce and John are the only people left in the building. Die Hard is a film that appreciates you need to explain the set-up and the characters, but gets it done quickly so you can enjoy the action.

47. Even The Setting Is A Great Character 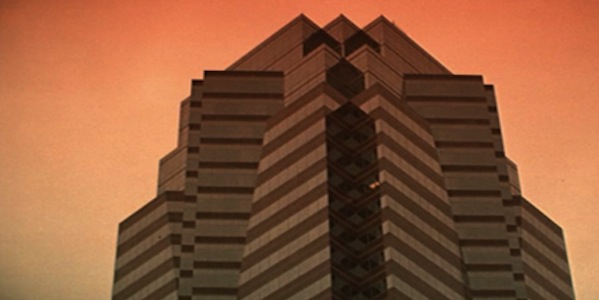 Unlike nameless office blocks of other films, Nakatomi Plaza feels like another character in the mix. We first see it looming like a monolith over the horizon as John approaches and theres a true sense of scale and height when we arrive. You can also see it as a statement on 1980s America, and the gradual takeover of business by Japanese corporations. Nakatomi is the other man in the John and Holly relationship, the reason she moved away. And dont get me started on the Freudian aspect. Inside its an imposing presence too; somewhere you wouldnt want to be trapped in. With a mix of corporate marble, floors under construction, immaculate meeting rooms, Nakatomi is a rich, believable environment to put our characters into. And then blow up, smash the glass, and riddle with bullet holes of course. The claustrophobia of the location is integral to its success, and as the sequels have gradually increased the area in which the action takes place, theyve subsequently lost that sense of being trapped.

46. Its Good Versus Evil, That Simple

Twelve terrorists. One cop. The odds are against John McClane... That's just the way he likes it. That was one of the taglines to Die Hard, and sums up the plot - its the goodies against the baddies. It really is that easy and something we can immediately get behind as an audience. Its a simple enough premise, but for our hero to really be good, we need some proper baddies - and they announce themselves in one of the nastiest scenes - the lobby takedown. While motor mouth Theo distracts everyone with his sports story, Karl simply marches up and assassinates the desk guard. Swift and nasty. With the remaining security mopped up in equally brutal fashion, we already know that we are dealing with some seriously well equipped and really quite horrid chaps. And we havent even met the bloke in charge yet...

I'm a Westcountry exile now living in Yorkshire with lovely wife and cats (also lovely). I'm a big fan of films, robots, timetravel, and films about timetravelling robots, as well as lots of other action, sci-fi and comedy. I'm currently trying to write a sitcom that doesn't involve robots, and I also blog nonsense on timolsky.blogspot.com. Thanks for taking the time to read my stuff, and feel free to comment.