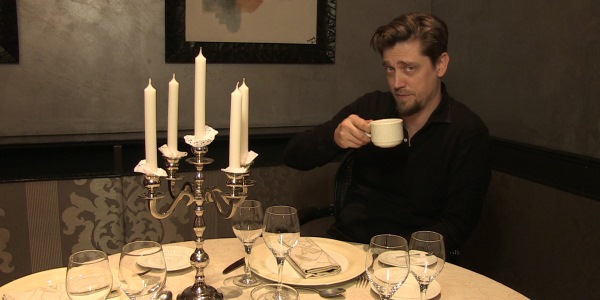 Andrés Muschietti - having worked on the likes of Evita and a Night with Sabrina Love, as well as directing commercials for many years- was responsible for this years first proper cinematic success, the chilling horror Mama. Starring Jessica Chastain and Nikolaj Coster-Waldau, Mama tells the tale of two feral children who are protected by the eponymous entity. Once they are rescued by their uncle and nurtured by his punk-rock girlfriend, Mama follows the girls to their new home and wreaks havoc to claim what she thinks to be hers. Starting life as a terrifying short that made a huge impression with those who watched it, the original Mama caught the attention of one Guillermo Del Toro, who helped realise the ambitions of the Argentine director and his sister Barbara, who co-wrote and produced the film, to turn Mama into a feature film. Made for a paltry budget, Mama set the box office alight coming in at #1 in the US, and grossed $146 million worldwide. At once horrific and emotionally deep, it met with overwhelming critical praise and unnerved audiences the world over. As the surprise blockbuster hit is released on Home Video, the charming and eloquent Muschietti was kind enough to give us the time to discuss his experiences in the industry, the mechanics of crafting a good Horror film, what it was like to collaborate with one of the biggest Filmmakers in the world and his ambitions for the future. How did you break into the industry? Did you always want to get into film, and who or what inspired you to do it? Ive been interested in film since I remember. I saw Close Encounters of The Third Kind at 4, and I dont remember I time I was not attracted or interested in film. I went to film school and started making Short films. My first job was a storyboard artist, which I did for advertising and film. Once of my shorts took me to directing commercials- Ive been directing commericals for 15 years now. I noticed that you worked on Evita Yeah, I was very young- like Twenty, and a PA job, and that was my first contact with a big production. Thats when I first learned how these guys do it. Alan Parker was there, and all the crew three cameras rolling at the same time and Madonna! Four hundred extras pretty wild!

When you were developing both the Short and the Feature versions of Mama, were you focusing more on telling a good story or effectively scaring people? Were you more invested in the characters, or to terrify audiences? I cant say its either one or the other, because it was both. My objective from the beginning, when I started writing the feature I knew for sure that I wanted to make a moving and an emotional picture a very scary one! I wanted to work on those two emotions, . Its very important to me to get people engaged emotionally in a movie before you try to scare them. Not in the short film, - it was more about style and about scares; building tension and creating jumps. There was no emotion there, but it prompts a story with an emotional structure. How did Neil Cross end up getting involved in the screenplay for Mama? Hes obviously a very talented writer, but were you happy to collaborate with someone else to such an extent on your own script, and a vision you held quite close to your heart? We admired Neil because we are fans of (Idris Elba-starring BBC detective drama) Luther, even before we heard about , and it was Guillermos idea when the studio suggested that the main character should be the girl- because in my first outline it was a family against the supernatural, where it was more an even protagonist situation, and if you said hey, if we make the girl stand out, we can get a big star and thats when Neil was by Guillermo. Also, as a writer English is not my mother tongue, it was a great idea to have Neil be there I was open to having someone collaborate, and we were happy to have Neil.

Was Guillermo Del Toro very hands-on as a Producer, or did he leave you to make the film you wanted to? Absolutely! He was a greater influence the plot, but once we closed the screenplay he trusted my instinct and my vision, and he told me go ahead. It was great to have him there , because he was literally next door shooting Pacific Rim (both films were shot in Torontos Pinewood Studios). Of course, he that in the structure we were working in (the studio system), we would have to make compromises. Thats a lesson I learnt from him, because hes a guy whos been in the industry for quite a while and hes made several different types of movies, so he knows studios he knows independent . One lesson he taught me was that you cannot win all the battles- you have to pick your battles, and I learnt it while I was shooting a movie- theres so many choices and decisions you have to compromise certain things. It was hood to know that, especially from a guy that I admire like Guillermo. Even though you were guided through the process by Guillermo and you had experience in the industry, how did find not only moving from directing shorts to a feature, but also to enter the American studio system- was it jarring? Was it a smooth process? It was pretty smooth because when we started the distributor, Universal, was already there but they didnt really put any pressure on us. Guillermo was there as a father figure, so everyone was happy with everything, so I wasnt affected by the presence of a big studio.

How do you manage to balance filmmaking with your home life and your family? Do you find it hard to separate the domestic an your career- youre working with Barbara (Muschiettis sister who co-wrote and produced Mama), so there must be disadvantages as well as advantages? Of course- I have my parents probably my Girlfriend suffered the most anyone when I went I away for six months in Toronto! So it wasnt easy, especially for her. But Im OK, you know? Movies my passion. One day Ill have a family , but up to now I feel like I need to make more movies. What are your thoughts on the state of Horror Cinema in general? For me, Spanish-language horror seems to be in great shape with the likes of The Orphanage and REC, but in America there seem to be so many remakes and sequels the tool of found footage can be very effective but it seems to be misused. Would you agree? No, as you said, the sequels and remakes are just a part of the business- its not something that ruins that whole thing. Once in a while we see a movie that surprises us- you can say that American is contaminated with remakes and sequels, but I think thats what makes the whole machinery keep going. Im nota fan of sequels or remakesbut I think it doesnt damage .

At any point, would you want to move away from horror, perhaps into comedy or a western or a Sci-Fi? Theres other genres I love, like Comedy and Sci-Fi. I feel I need to make one other Horror movie before I move on, because theres a lot of things I want to do I couldnt do in Mama. I think I can give a bunch of things to the genre fresh and original that hopefully will be there in my next movie. What advice, if any, would you give to any aspiring or struggling filmmakers out there who want to break into the industry and make their voice heard? For me, it worked well to make a short that was very concise and effective and short- it was only three minutes! People like to see short Shorts, not 20-minute short films. The more effective and impressive you can make it, thats a sample of what your movie will be like . Thats the first step, I think- making a wonderful short film. Whats next for you- do you have any upcoming projects you can discuss? We are developing a few things- Bird Box with Universal and Chris Morgan which hasnt been translated into a screenplay- its a novel (by Josh Malerman, to be published next year) and a great story, creepy as hell so that might take some time. And then Im writing a new screenplay now, which is also a supernatural thriller, but in the depression era in the US, in a grim little village .

Mama is available on Blu-Ray & DVD from June 17.
Offbeat