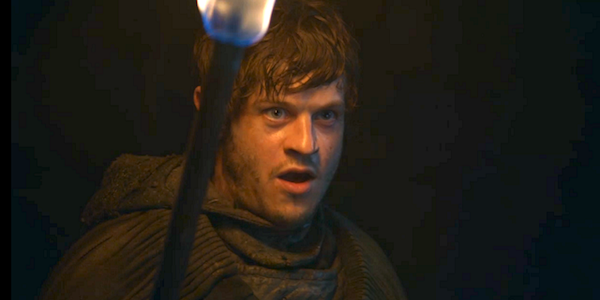 Everyone hated Theon Greyjoy after he took it upon himself to betray the Starks. After all, it's not like the family had been doing so well before his treachery. It would take something very special for fans of the series to feel anything close to sympathy ever again. Enter Ramsay Snow. He's the bastard son of Roose Bolton whose crucial part at the Red Wedding has already shifted his character into villainous territory. Like father, like son as Ramsay immediately proves himself to be a deranged sadist who tortures Theon for his own amusement. Young actor Iwan Rheon is at once creepy and impish. This bizarre immaturity in which he views injuring Theon as a game is deeply unsettling. Ramsay is still shrouded in mystery to viewers of the show - although we now know his identity, his true motives are still unclear. This is perhaps the most terrifying aspect for both the audience and Theon, as it's clear this character is totally unhinged and as such is utterly unpredictable.
Quizzes

A pop culture mad writer from the North East who loves films, television and debating them with whoever will listen. Follow me on Twitter @Johno_Patterson