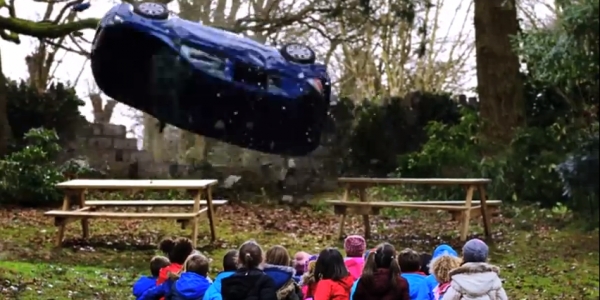 DOE Road SafetyPublic information films (or public service announcements) have been an unsettling feature of our TV viewing for generations, regularly filling up advertising space and scaring the living hell out of young (and old) viewers alike. These adverts aim to keep the population safe and warn them of the many dangers in everyday life  from road and household safety to the threats of drug abuse and drink driving  often with terrifying results. Since the Central Office of Information (the body responsible for the UK governments PIFs) closed in 2011, UK public information films have dwindled  so much so that its a surprise there hasn't been a huge upturn in road accidents, drownings and household electrocutions across Britain. Advertising agencies from around the world, however, continue to outdo each other by traumatising their audiences while delivering their warnings and messages of safety. Modern PIFs push the shock factor to the limit much like the gore seen in modern horror films  but the classic PIFs and PSAs of the 1970s and 1980s still pack a punch. The production values might be lower but their ability to shock and scare audiences remain. Here are ten public information films that get their message across by creeping out their audiences.
Contributor
Scott Skinner

10 Unsolved Mysteries That May Have Finally Been Solved

5 Reason Why Disney Fans Are Delighted Bob Iger Has Returned

10 Most Compelling Suspects In The D.B. Cooper Hijacking