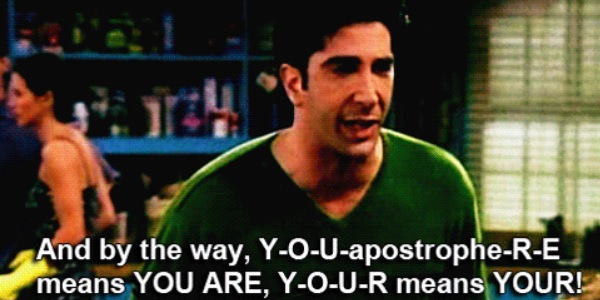 NBCIts a pedants game, grammar. Relegated to the role of the Nazi, you suffer internal anguish on a level seemingly incomprehensible to others when faced with non-Standard English. To make things worse, you cant imagine how anyone could be so blasé about it all. Once youre in the game, theres almost no getting out, and echoing something a wise man once said in an oft-quoted movie, If you could, would you really want to? Stephen Fry is one of the few to make it out alive (more on that later), and hes got the right idea about it. There are plenty of pedants out there mercilessly, even abusively, correcting the grammar of others, and its those people giving the rest a bad reputation. For the latter, its a simple love of language that is at the heart of that pedantry. Not that that makes it any easier to overlook an error when you see one. 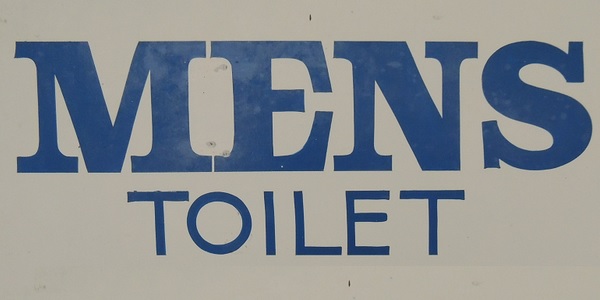 Dianne GreyAnd not just because theyre hideously unhygienic. Walk into any public toilet and seven times out of ten* youre going to find yourself faced with a Mens sign. The Ladies sign you can just about justify to yourself, because ladies is actually a word. Mens, on the other hand, is something else entirely. Namely: Not a word. The word they are of course looking for is Mens, apostrophe included. As if using a public toilet wasnt cause for anxiety enough in itself. Things to look out for: This lack of apostrophes is most frequently found in shopping centres, with examples including 'Mens Suits', 'Childrens Toys', and 'Womens Dresses'. *N.B. It should be noted that this statistic is clearly pulled out of thin air, but is still probably fairly close to its mark.

20. Hoping You Wont Come Across As Pretentious

They say the average man thinks about sex every seven seconds. They must be lying, but thats a different matter altogether. Regardless, the subject of sex is inevitably one that comes up in the course of regular conversation, and its often one in which you find yourself facing a difficult situation. When a particular persons sexual orientation becomes something of a debate  without veering towards gossip, before you unleash your judgement  and when your friend tries to tell you which way they think this person is sexually orientated, you try to engage them in an interesting tangent regarding orientated vs. oriented. The latter is viewed by many as Standard English, and the former as non-Standard, and you seek your friends position on the debate.

Your friend, of course, had no idea that such a debate even existed, and you cant help but feel their opinion of you has somehow changed substantially. Things to look out for: The status of 'disassociate' as a word is also up for debate; the more frequent term, particularly in psychology, is dissociate.
Contributor
Chris Harley

Movie / TV enthusiast with a DVD and Blu-ray collection bigger than I'd care to admit. If anyone is offering creative / furniture solutions to house them, I'm all ears.

9 Crazy Mysteries Solved On The Internet

8 Awesome Ways Life Could Be Forming In The Universe

10 Absolute Worst Ways To Die According To Science 1M+ Views

7 Ways Science Will Help You Get Laid 1M+ Views