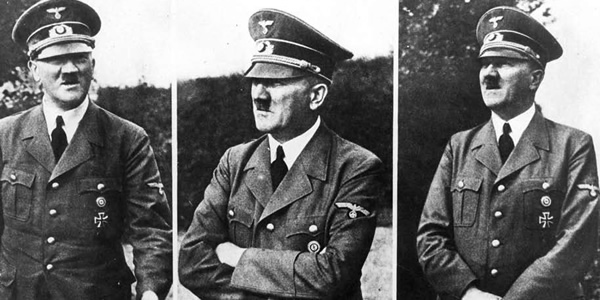 Adolf Hitler was one of history's most infamous dictators, garnering mass exposure by promising the German people a way out of the Great Depression and to break up the Weimar Republic. While being rightly reviled for the Second World War and the Holocaust, it is interesting to examine how the Austrian gained mass power by using the economic circumstances of the time and the depression caused by hyperinflation and mass unemployment. It is worth looking at how Hitler used his brilliant craft of charismatic public speaking to completely mesmerise the German people - a skill unmatched in modern politics, with the exception of Barack Obama during the 2008 Presidential Elections. He achieved his level of dominance without the level of technology present in modern politics - back in the 1930s you didn't have Fox News or debating the merits of your policies (or lack thereof) and there were no spoof Twitter accounts saying how Hitler secretly loves Coffee and does not really like this dictator lark. This list will look at just 5 of the ways Adolf Hitler became Germany's final dictator.

The first, and indeed easiest, way Hitler gained power was to ban any political parties whose views differed from those of the Nazi Party. While this could be classed as a bit of unsportsmanship it certainly gained the Nazi's a lot more seats in the Reichstag. After the Reichstag Fire of 1933 and the framing of a Dutch Communist, Emergency laws were passed suspending certain basic rights and allowed arrest without trial. Surprise, surprise, these laws were used to arrest any members of the Communist Party in Germany, 4000 in all, and thus eliminated any far left resistance in Parliament. Gradually, in a period Brits would describe as "definitely not cricket," other parties were either banned or intimidated in order for more human rights to be suspended and naming Hitler as leader of Germany. This dealt with one problem - political - however more would need to be done to gain power with the people and on the global scene. Power-gaining score: 5/5 Banning your rivals certainly allows you more political power. It cuts out many of the menial tasks such as allowing the people to vote, and debating on legislation.

Teesside University Student, Licensed Pilot and a motorsport fanatic. If it has wheels or wings then chances are I quite the look of it. Fan of the Indy 500, Daytona 24 hours, Le Mans 24 hours and the British Touring Car Championship.