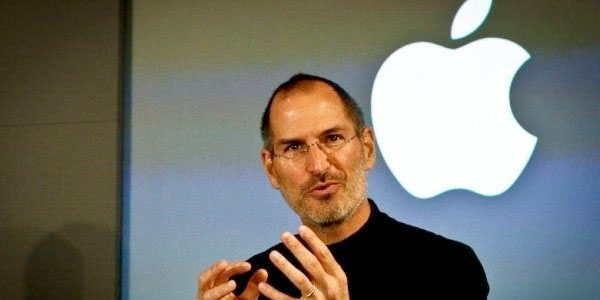 Although this isnt strictly within the remit of this site (though we will be moving into more technology stuff soon enough) it is news that will affect the entertainments industry. Steve Jobs, co-founder and CEO of Apple has resigned from the technology giant. Chief operating officer Tim Cook will replace him. 56 year old Jobs, who has survived a liver transplant following pancreatic cancer but health problems were always persistent forcing him to be on medical leave since January 17th this year, says he could no longer live up to his employee's expectations and he now takes the title of 'Chairman of Apple'. Below is a statement that was released to the press late Wednesday the 24th of August:

I have always said if there ever came a day when I could no longer meet my duties and expectations as Apple's CEO, I would be the first to let you know. Unfortunately, that day has come. I hereby resign as CEO of Apple. I would like to serve, if the Board sees fit, as Chairman of the Board, director and Apple employee. As far as my successor goes, I strongly recommend that we execute our succession plan and name Tim Cook as CEO of Apple. I believe Apple's brightest and most innovative days are ahead of it. And I look forward to watching and contributing to its success in a new role. I have made some of the best friends of my life at Apple, and I thank you all for the many years of being able to work alongside you. Steve

The following statement followed this release shortly from Apples board of directors:

CUPERTINO, Calif., Aug 24, 2011 (BUSINESS WIRE)  Apples Board of Directors today announced that Steve Jobs has resigned as Chief Executive Officer, and the Board has named Tim Cook, previously Apples Chief Operating Officer, as the companys new CEO. Jobs has been elected Chairman of the Board and Cook will join the Board, effective immediately. Steves extraordinary vision and leadership saved Apple and guided it to its position as the worlds most innovative and valuable technology company, said Art Levinson, Chairman of Genentech, on behalf of Apples Board. Steve has made countless contributions to Apples success, and he has attracted and inspired Apples immensely creative employees and world class executive team. In his new role as Chairman of the Board, Steve will continue to serve Apple with his unique insights, creativity and inspiration. The Board has complete confidence that Tim is the right person to be our next CEO, added Levinson. Tims 13 years of service to Apple have been marked by outstanding performance, and he has demonstrated remarkable talent and sound judgment in everything he does. Jobs submitted his resignation to the Board today and strongly recommended that the Board implement its succession plan and name Tim Cook as CEO.

During his second stint at Apple Steve Jobs helped save a struggling computer company from bankruptcy and turned it into the most valuable IT brand in the world. With iTunes, the iPod, the iPhone and the iPad Apple under his guidance changed the way we consume media. Apple also contributed to the movie industry with powerful software like; Final Cut Pro and Shake in addition to their music production package Logic. Who knows if this will affect his positions in Pixar and on the board of directors at the Walt Disney Company.
We need more writers about Apple and Steve Jobs! Get started below...
Contributor
Scott Ronan
Contributor
Twitter

10 Most Haunted Hotels In The World

8 Creepiest Broadcasts Ever Caught On Tape

12 Hacks For A Mind-Blowing Sex Life