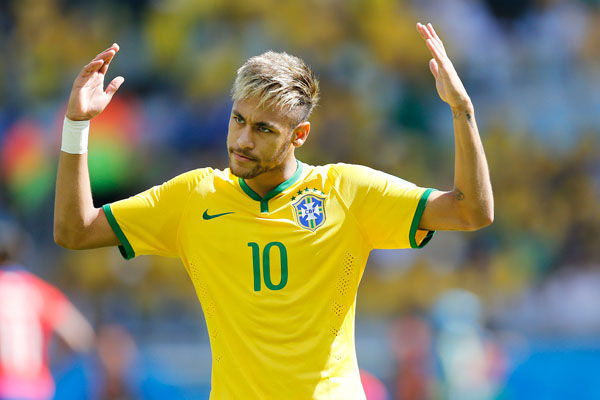 Frank Augstein/AP/Press Association ImagesWorld Cup hosts Brazil will be without Neymar for the rest of the competition after the striker fractured vertebrae in the quarter-final clash against Colombia. Captain Thiago Silva is banned meaning Dante is likely to start, while Luis Gustavo returns from suspension. Germany manager Joachim Low may recall Per Mertesacker after the centre-back was dropped in the last round against France. Low has reported no new injury concerns ahead of the meeting with Brazil. (BBC)

Brazil and Germany have played more World Cup matches than any other side (102 and 104 respectively), but have only met once before at the tournament. That was the 2002 final, won 2-0 by the Brazilians. Injured Brazilian striker Neymar has played a part in 50% of Brazil's 10 goals at this World Cup (four goals, one assist). The Germans are the first country to reach four successive World Cup semi-finals. Germany are unbeaten in their last 16 internationals (W11, D5), the best run of any side still involved at the World Cup. 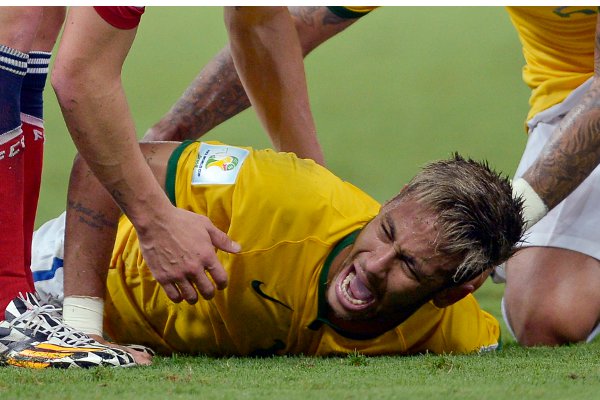 Manu Fernandez/AP/Press Association ImagesMuch of the buildup to this game has been dominated by the images of Neymar lying prostrate on the ground and in obvious agony after fracturing vertebrae in the quarter-finals against Colombia. The Brazil striker will be a huge miss for his country, and has been the heartbeat of the team that has reached the semi-final stage. Neymar has played a part in half of Brazil's 10 goals at this World Cup, scoring four times and providing an assist, and it is an understatement to say he has been crucial to the Seleção. But the hosts are not a one-man team, and proved against Colombia they have goals in them in even the most unlikely areas, with defenders Thiago Silva and David Luiz getting in on the action in the last round. Germany will know this, and will not consider their opponents ripe for the taking despite their injury woes. Joachim Low's men have been almost clinical in their run to the semis, robotic even. They do what they have to to get the match won and play as a cohesive unit, and have been just as efficient as ever at this World Cup. They have the longest undefeated steak of any side still in this competition and despite Brazil having the advantage of playing 'at home', they will be the ones to beat at this tournament. No European side has ever won the World Cup when it has been hosted in South America, but Germany could be the ones to do it. Prediction: 1-2
Film

8 Craziest Fighters From The Early UFCs

10 Things WWE Fans Need To Know About The XFL