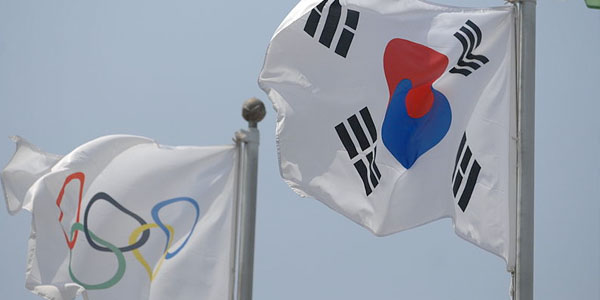 South Korea triumphed 2-0 over Japan last night to win a Bronze Medal in the Olympic Men's Football Tournament. After knocking Great Britain out of the competition on penalties, their semi-final encounter with Brazil proved to be a bridge too far, as they were thrashed 3-0. Bronze in this years Olympics however represents only the second an Asian Nation has ever achieved in this competition. Arsenal's Park Chu-Young opened the scoring just before half time with a low drive before the tie was effectively put to bed just before the hour mark when team captain Koo Jacheol got on the end of an up-field punt from goalkeeper Jung Sungryong to lash into the bottom corner for 2-0. Japan, who beat Spain to qualify from a tricky group, hadn't conceded a single goal in the tournament prior to their 3-1 undoing against Mexico in their semi-final, and their captain, Maya Yoshida, saw a late header disallowed for a foul on the goalkeeper in what would have set up a last few nervous minutes for the Koreans. It was a match of few chances and plenty of fouls as Koo became the third Korean player, after Ki Sungyueng and Oh Jaesuk, to be booked for cynical fouls on Japan's Yuki Otso in what was a fiery, high tempered affair. Otso, who scored the winning goal against Spain in Japan's 1-0 victory, was quickly identified as the main threat by Korea's defence, and the Japanese were less than happy by the apparent hostility afforded to him as he was effectively kicked out of the game. Their goal hero was unable to rescue them this time, and they were unable to emulate their capturing of Bronze in the Men's Football Tournament of Mexico City 1968. The tournament ends tomorrow as favourites Brazil take on Mexico.
Want to write about Match Reports, Olympics 2012, Japan and South Korea? Get started below...
Contributor
Joseph Dempsey
Contributor
Twitter