Making a sequel that's even half-way good is generally challenge enough, but these ten follow-ups went above and beyond the call of duty in their pursuit of greatness, and in many ways, it's thanks to a superbly written supporting character who essentially stole the show. Whether a hero or villain, these characters managed to match and then up the game of the previous film, combining a charismatic character with excellent set-pieces, visual effects or whatever adornment the script required. Simply, it's difficult to imagine these 10 films existing without these show-stealing characters, who kept the franchise running smoothly, or in our first case, helped reinvent it entirely... 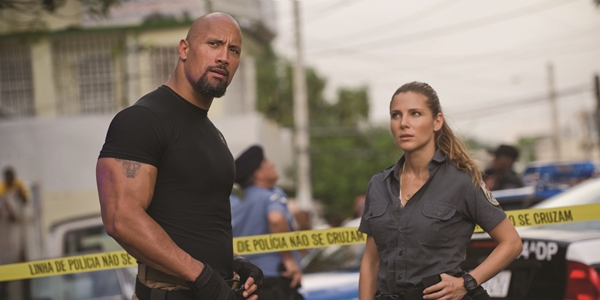 Affectionately regarded as "Franchise Viagra" by the movie press, Dwayne Johnson earned that label by first appearing in Fast Five as DDS Agent Luke Hobbs, a doggedly determined officer of the law hot on the tail of Dominic Toretto (Vin Diesel) and his gang. Given how oddly staid and by-the-book the Fast franchise had become by number four, a firm reinvention was needed, and though much of the credit goes to director Justin Lin for reimagining the series as a heist thriller, Johnson brought an inimitable mix of brute force and charisma that made him seem absolutely unstoppable. Best Moment: When Hobbs brawls with Toretto, mano-y-mano, a moment of sure wish fulfillment for any self-respecting action fan. We can only hope that, though Johnson is busy filming Hercules: The Thracian Wars at the moment, his role in Fast and Furious 7 won't be limited to a cursory cameo, because the guy is easily the best thing in these movies (outside of the car chases, anyway).
Contributor
Shaun Munro
Contributor
Twitter