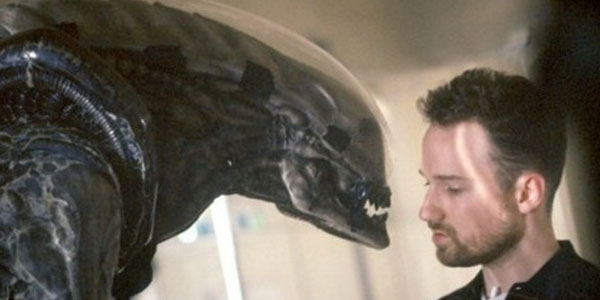 As a directors' filmography grows and we look back on their most prominent and classic works, a consensus emerges about what films are their best, what are their worse, etc. While many will constantly debate whether Raging Bull is better than Goodfellas, if Vertigo is Hitchcock's best film, if Christopher Nolan ever bettered Memento, as well as what films are "underrated" or "overrated," people can mostly agree on what are the definitive works of a specific director. But what do directors think of their own works? It's sometimes surprising to discover that some directors aren't huge fans of their most acclaimed and popular films. This article will look at the directors who were either apathetic or straight up hated their own films. It goes to show that in many cases, an artist's toughest critic is themselves.

The late seventies were a turning point for writer/director/actor Woody Allen, where his work shifted from the farcical films such as Love & Death (1972), towards the more mature works like Annie Hall (1977), Interiors (1978) and Manhattan (1979). Annie Hall, which won Allen Best Director and Best Screenplay Oscars, as well as winning Best Picture, can be argued to be the film that defined the shape of Allen's career over the last thirty plus years. Which makes it surprising that Allen himself was, and still is disappointed in the film. This is because the final product is very different from Allen's original vision. At a press conference last year while promoting his latest film, To Rome With Love, he commented on how he originally imagined the film:

"The film was supposed to be what happens in a guys mind, and you were supposed to see a stream of consciousness that was mine, and I did the film and it was completely incoherent. Nobody understood anything that went on. The relationship between myself and Diane Keaton was all anyone cared about. That was not what I cared about. That was one small part of another big canvas that I had. In the end, I had to reduce the film to just me and Diane Keaton, and that relationship..."

Allen wanted Annie Hall to be even more experimental than what ended up on screen, though one still can see ways in which Allen is experimenting with narrative structure- the subtitles during the conversation with Alvy and Annie, telling us what they really think, the split screen therapy session, the animated sequence- in the finished film. Allen also was not a fan of Manhattan, despite it now being considered one of his finest, if not best, films. Allen so strongly disliked this film that he told United Artists he'd direct another film for them, for free, if they shelved the film. 1986's Hannah and Her Sisters is another film he considers a disappointment. Like Annie Hall, he views it as a compromised vision:

"Hannah and Her Sisters was a big disappointment because I had to compromise my original intention tremendously to survive with the film."

It is to be noted that Allen doesn't consider his filmography to be one that will live on. But if Annie Hall and Manhattan don't stand the test of time, then what chance does any other filmmaker have?
Contributor
Andrew Edward Davies
Contributor
Twitter

I'm Canadian! I'm a recent graduate of the Journalism Program at the University of King's College in Halifax. I'm an aspiring actor and film critic, and lover of all things film and Shakespeare. My favourite movie is "Casablanca" and my favourite play of Shakespeare is "Othello."