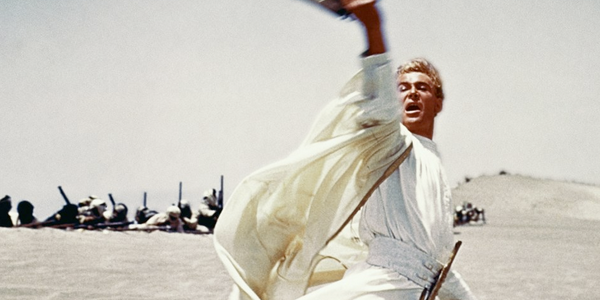 Cinema is a child of the twentieth century; it was born, developed, and expanded and became the art form of the common man, something that anyone could watch and enjoy. As such, it has long been concerned with what has most affected us: social reforms, poverty, anguish, heartbreak, and joy. The pervading legacy of the twentieth century is war, two of the largest wars in the history of the world happened in the first half of the century and the threat of a third loomed over much the second half. As such, the war film has long been one of the representative film genres as right away they were exciting, terrifying, traumatic, but yet completely relatable to most of the people who saw them. Much of the audience had lived through the spectre of war; even if they had never served on the front, they were aware of its effects and war films were used as something that could be cathartic, or as propaganda, or something that attacked the very idea of war. Out of this genre came some of the most important movies ever made. The criteria for this list was that the main characters must be soldiers and the events of the film must take place during a war. This disqualifies such great films as Schindler's List, Pan's Labyrinth, Casablanca, and several others which deal with war but are not necessarily war films. The chosen films were then ranked according to several different factors: the quality of the film both narratively and aesthetically, the artistic qualities of each film, the impact of the film on subsequent entries in the genre, the importance of each in film history, and most importantly, does the film in question say something important about the nature of war or does it present it in such a way as to make the viewer consider it in a way they hadn't before? The following films all tell their stories differently, some are small and intimate and some are grand and theatrical, but they all have one thing in common, they have taken one of cinema's most important genres and told it in new, and daring fashion.
Contributor
Paul Sorrells