2012 saw a wide range of movies. From those that can be anticipated as cult classics, household names returning to woo us visually once more, to the beginning, and the ending, of trilogies and series. Overall, it was a year that promised to leave us with visual stimulus captured in our imaginations throughout 2013. With the return of classics such as Skyfall - the latest in the Bond series directed by Sam Mendes - and The Dark Knight Rises, a film which saw the conclusion to a seven year relationship between the Nolan brothers and our favourite caped crusader, 2012 also proved to be a glorious window into new stories and new stars. To celebrate that, here's a look at the characters who - be they brand new or reinventions - have captured our attention and defined 2012 as a year that shan't be forgotten anytime soon. 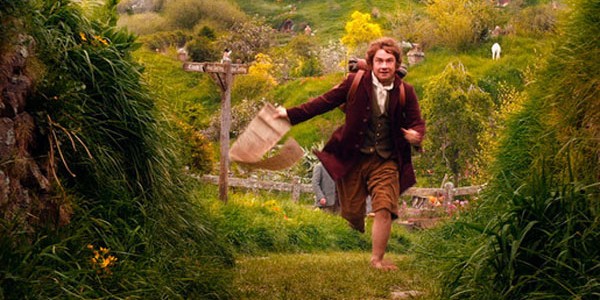 The Hobbit was the film on the tip of everybody's tongue in December. Now, Bilbo isn't a character that avid Lord of the Rings watchers will be unfamiliar with, as his character is relatively dominant in Jackson's trilogy. However, his own personal story - that which precedes the films we know and love - was something that Jackson had been debating for quite some time. Previously played by Sir Ian Holm, we're used to a wiser and perhaps even darker portrayal of a hobbit whose seen better days and whose relationship with the ring enhances the audience's fear towards it. However, seeing Martin Freeman play a younger, more naive, and certainly chirpier Bilbo, was a breath of fresh air and was completely in keeping with the lighter more family-orientated themes of the book. Often the trouble with having different actors play the same character is translation. Somewhere along the line, little idiosyncrasies and nuances that make the character so lovable become lost. This can often away from the experience. However, this was another thing that Freeman and Jackson got spot on. And when you consider how dedicated the director was to having Freeman play this household name, it doesn't come as a surprise that the character is so perfect. Jackson shot for five months with Freeman before he had to continue shooting for the Sherlock Holmes television series. With the director so desperate for him to play the role, he did an almost unheard of thing within the film industry and shut down production until the actor was free once more. Both actor and director alike have brought us the perfect innocent predecessor to the Bilbo we have already known and loved for years.
Contributor
Jessie Florence Jones
Contributor
Twitter

Jessie Florence Jones hasn't written a bio just yet, but if they had... it would appear here.

Harry Potter Quiz: How Well Do You Remember "Harry Potter And The Deathly Hallows Part 1"?