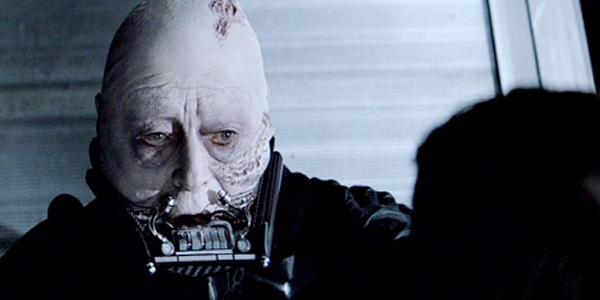 As a film fan, there are few things worse than sitting through a seemingly awesome movie before being blindsided with a horrific ending that pretty much undoes all of the great work we just sat through. While not every entry on this list is a great or even necessarily good film - our #1 pick is truly wretched on every level - they all share one common strand; they boast an ending that invokes so much anger and frustration that it wholly detracts from everything that came before it. Whether they're lazy, needlessly downbeat, frustratingly ambiguous or borderline inconsequential, these 10 movie endings had us leaving the cinema in a fowl mood, not quite sure of what we'd just seen, but certain that it probably should have ended differently. Here are the 10 most infuriating movie endings...

The Ending: Kirk enters the radioactive engine chamber of the Enterprise to fix the warp core, and dies from radiation poisoning, as Spock helplessly watches on the other side of a window. However, tragedy is averted when it is discovered that Khan's blood can be used to bring Kirk back to life, and all is saved. Why It's Infuriating: Firstly, it rips off the ending of Star Trek II: The Wrath of Khan - where Spock dies under similar circumstances, with the same tender moment of recognition between him and Kirk - and then brings Kirk back from the brink of death through the laziest of means - Khan's blood. Though it is implied throughout that Khan is no ordinary being, to suddenly reveal his magic blood at the most convenient moment possible is just poor writing. None of expected or even wanted Kirk to die, but c'mon, there has to be a better way to play this out...

Harry Potter: The Worst Thing Every Order Of The Phoenix Member Did

15 Great Sci-Fi Movies (Nobody Ever Talks About)

The One Actress Who Should Be Batwoman

15 Great Horror Movies (Nobody Ever Talks About)

10 Entire Movie Plots That Were A Waste Of Time New

Harry Potter & The Deathly Hallows: 12 HUGE Changes To The Battle Of Hogwarts

Morbius: 10 Marvel Vampires Who Could Appear

Can You Guess The Film Based On Its Iconic Tagline?

10 Movie Scenes Too Crazy For Cinema