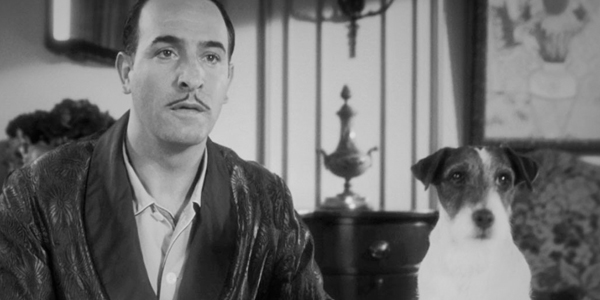 Aside from those 'cat people' who we speak of in hushed tones whilst wrinkling our noses at the very thought of it, everybody loves a dog. Especially movie dogs; the kind of dogs we wish came running up to us when we open the front door after a hard day's work, rather than our significant other moaning about well... let's face it, we weren't listening. Anyway, here are 10 wonderful cutie pies who we wish we could own in real life, in no particular order of course because it's literally impossible to choose between dogs.

This film adaptation of John Grogan's memoir of the same name really made us want this lovable little guy. Even if he did appear to be the worst behaved dog for the majority of the film, Marley really turned things around for himself and I defy anyone who claims they weren't sobbing into their popcorn by the end. Look at that little face. Fun Fact: Marley was named after Bob Marley. See the similarities?

In Disney's 2008 box office hit, the titular dog Bolt (voiced by John Travolta), finds out some shocking truths about the T.V show on which he appears with his co-star Penny (voiced by Miley Cyrus), namely that his apparent superpowers do not actually exist and they are just a part of the T.V show. Who'd have thought it? When he is accidentally shipped away from the filming studio he must make it back home, but this time without his superpowers. Moral of the story: Who wouldn't want a dog with John Travolta's voice?
Contributor
Rachel Joanne Carney
Contributor
Twitter