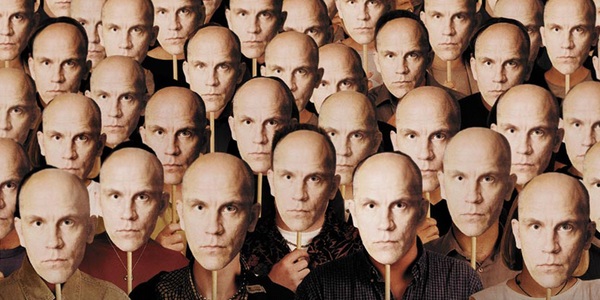 Power: Being John Mal- oh come on, you know the power. It's in the title for crying out loud. Why it would suck: It's been reported that when the producers of Being John Malkovich went to Bob Shaye, former head of New Line Cinema, to pitch him the film, he asked, "Why the fu** can't it be Being Tom Cruise?" Why indeed. Of course, using someone who audiences would so obviously want to be would have missed the entire point of the quirky comedy, but in the real world, of all the famous actors you could be, why John Malkovich? Well, let's get the positives out of the way first. He's a world famous actor. He's known for his work on stage and screen. He's probably very well off financially. He's knows Nicolas Cage and Bruce Willis. All those things are great. But once you get past the superficial nature of it, what are you really left with? You're left with a middle-aged man who's best career days are behind him. A man who didn't care enough about his own image to stop himself from doing Transformers 3. That's right. If you had entered John Malkovich's mind and body in 1999, the year the film was released, and stayed there, you would have had to do Transformers 3. I ask you, would it really have been worth it? You have to imagine that the guy spends a lot of time around guys who can get better girls than he can. He is just a character actor, after all. Not to mention the number of roles he's done that have just outright freaked people out. You'd spend a lot of time just explaining to people that you're not going to hurt their children. Is it really worth all of that just to spend the rest of your life doing plays? Most people fantasize about being able to fly or turn invisible. Nobody fantasizes about being John Malkvoich... except maybe John Cusack.
Contributor
Josh Wright
Contributor
Twitter
Facebook

Josh has no concept of reality. He has spent more time with fake people then real ones and finds the fake ones to be more real. He believes Batman will one day be the basis of a religion. His imaginary friends include wrestlers, serial anti-heroes, and various jedi. Warning: Object may go from sincere to sarcastic without notice. Handle with care.