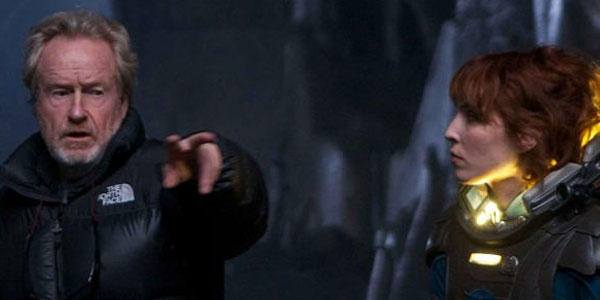 They say never go back but when youre Ridley Scott, and the question is whether to go back to sci-fi films, they actually mean Go back. Go back and stay there. Please. We beg of you. And here he is, returning to the film that really propelled him into the mainstream. Only a bit earlier, a bit cooler looking and packed with new ideas to one of the most talked about mythologies in cinema history. The fact hes not made concessions to have the film carry a 15 as opposed to a PG-13 rating like 20th Century Fox initially wanted proves hes been allowed complete creative control. He and screenwriter Damon Lindelof have been allowed to distance themselves from the original Alien series makes the prospect of "Prometheus" an enticing one. Ridley still holds massive sway, and it seems like theyre letting him use all of it for this film, which can only be a good thing.