This should have been a tie between  and its sequel 2 (2009) simply because both films are exactly two pieces of one exciting story. In the field of horror, the found-footage approach can be extremely tricky to pull off without appearing gimmicky, dizzying or just confusing. Which is why  is so far up the list. It accomplishes what Hollywood films like The Blair Witch Project (1999), Paranormal Activity (2007) and Cloverfield (2008) have been trying to doinject staggering amounts of believability into a horror movie. And while theres a lot to be terrified about in this movie (that final room will ruin you),  also happens to be loads of fun to watch. Its franticly paced and filled with great characters. And while other movies of this type leave audience wondering why someone would still leave a camera running,  gives concrete reasons for its protagonists to film everything, for f*cks sake!.

The horror movies that you were raised on are dead. Gone are the days when Freddy, Jason and Michael Myers invaded our dreams with their iconic visages, their cruel indestructibility and their disregard for motives or reasons. Now, rather than rely on subtly and suggestion, horror must be exploitative. It must comment on society in some way. Now, death can reach out from your phones and media devices. Now, villains must have reasons or, in the case of many reboots, back stories. But lets not overreact. Regardless of what era youre from, scary movies are still great forms of entertainment. Whether youre watching it from a laptop in bed or on a massive screen with a group of friends, the excitement is indescribable. Horror movies also have a tendency to linger on in the subconscious. They can make us doubtful about objects and places in our reality. To this day, swimming in the ocean hasnt been the same since Jaws. While the floodgates were left wide open for remakes, reboots, adaptations, J-horror and splatter films to dominate the landscape of the 2000s, a handful of films had managed to stand out from the rest of the herd. If you havent seen them yet, do look them up. Im expecting a great deal of disagreement with the titles Ive selected but thats what the comment section is for. Tell us what you think. Or make your own list of recommendations. By all means, enjoy yourselves.

Session 9 is a finely crafted low-budget horror film that remains deeply reminiscent of Kubricks The Shining (1980) yet involves zero onscreen violence or gore. Everything from audio recordings, chilling piano keys, and lingering shots of desolated rooms and hallways all help to convey a prevailing atmosphere that is both creepy and mysterious. Session 9 is an intense psychological horror about the dangers of a haunted past and the darkness that exists in all of us. 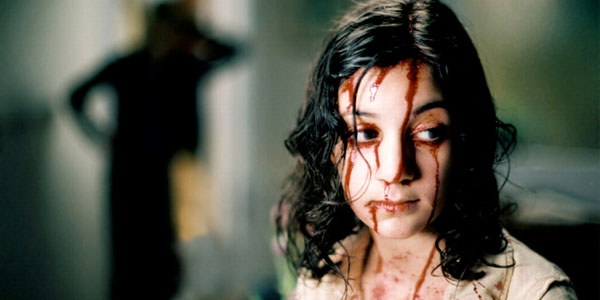 As much as I wanted to leave this one off the list, there are things in this somber Swedish slow-burner that are just too unsettling (the girls relationship with the old man, for one). Let the Right One In is far from the average boy-meets-vampire-girl-next-door. Its a finely crafted art film that fits in among foreign greats like City of God (2003) and Amelie (2001). Even the 2010 Hollywood remake Let Me In kept true to the spirit of the film. But despite the poignancy of its plot and stirring performances of its two young leads, Let the Right One In would eventually be dwarfed in the hype and popularity of another vampire movie released that same year.

Ginger Snaps is loaded with painful teenage drama like drugs, grownups, alienation, rebellion, sexual promiscuity, and family blended with dark humor. It also does an excellent job at being the best and most complete werewolf movie of the past twelve years. Rather than turn to CGI, the film employs a great deal of prosthetic and practical effects (this should be a rule when making werewolf pictures) for the numerous transformation scenes to strangely mirror the painful and sometimes gruesome physical changes that comes with puberty, making it one of the most original cinematic takes on lycanthropy (or puberty, for that matter).

Horror movies and Halloween are practically synonymous and this criminally underrated direct-to-DVD anthology is the ultimate homage to that holiday. The suspense may old-fashioned but what youll definitely notice is the sheer amount of love that goes into the production. The four interweaving tales are a blast to watch and Sam, the perennial pumpkin-headed antagonist, is the perfect embodiment of Halloween itself. It should be noted that Trick r Treat was originally set to be released in 2007, however the studio was hesitant about the films onscreen violence and it was sent to the DVD shelves instead two years later. Today one cant imagine a Halloween without multiple viewings of this film. Honorable Mention: Ils (Them) (2006)

In the early 2000s, Asian horror rose into prominence with titles like The Eye (2002), One Missed Call (2004) and A Tale of Two Sisters (2003). Attempting to ride the same waves of the immensely successful Ringu (The Ring, 1998), a chunk of these films emerged from Japan and even impressed Hollywood studios into developing American remakes of such titles like Ju-on: The Grudge (2003) and Kairo (Pulse, 2001). Yet, while providing inventive, tension-addled and remarkably bloodless scares, the films suffered from confusing and often forgettable plots that often veered towards the psychological. Then, from Thailand, there came Shutter. While possessing the trappings of its peers (Sadako-esque ghosts, scary sounds, and boo-scares a-plenty), Shutter had a story that was interesting and characters that you cared for. The film also leaves the audience with scenes destined for the horror classics like bathroom phone call, the moving picture, and, of course, that sinister final shot.

On its own, The Descent is a film of immense quality. The production is top class, its editing isnt overly stylized, the film simply looks grand and the cast is superb. As a horror film, The Descent is regarded as one of the best to emerge in recent memory. It plays on the same beats as Alien (1979), using the darkness as a suspense jackhammer, making the tension increasingly palpable especially once the true threats are revealed. The Descent is an enjoyable ride into the darkness of the human psyche while still satisfying genre aficionados and rabid gore-hounds alike.

Honorable Mention: The Hills Have Eyes (2006)

There is just so much to love about The Mist. In a year when torture-porn horror became the new black in Hollywood, thanks to the Hostel and Saw franchises, this Frank Darabont creature-feature stood out like dark jagged island. The Mist is the kind of flick that belonged on the black-and-white drive-in movie theatres of the 60s. The monsters here are both wonderfully rendered and almost dreamlike, with appearances that would make H.P. Lovecraft giddy. Ultimately, The Mist would go down in cinema history as having one of the bleakest, most infuriating endings in any recent film.

When I began this list many years ago in my head, the Alexandre Aja gorefest Haute Tension (2003) would take this spot as a member of the controversial new wave of French horror films. Ultimately, we were given this French-Canadian nightmare of 2008 that opens up just as explosively but with outrageous amounts of firepower (literally). Theres no way to skip around it. The first five minutes of the movie features a tame and painfully normal morning obliterated in a senseless bloodbath. What follows next is the kind of downwards spiral reserved for cult artsy grotesqueries like 2010s The Human Centipede and A Serbian Film however, all throughout the film, Martyrs retains its cohesiveness without relenting on the onscreen brutality. The plots originality and themes ultimately make it a tough nut to crack. It expertly walks the fine line between thought-provoking and seriously disturbing. It is divisive even amongst horror fans, with one group applauding its profoundness and uniqueness while the other wanting to toss it into the fires for all the night-terrors they now have. 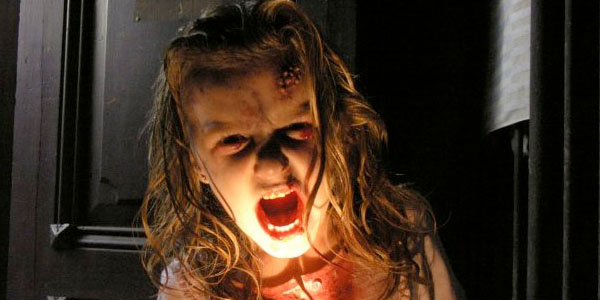 This should have been a tie between [REC] and its sequel, [REC] 2 (2009) simply because both films are exactly two pieces of one exciting story. In the field of horror, the found-footage approach can be extremely tricky to pull off without appearing gimmicky, dizzying or just confusing. Which is why  [REC] is so far up the list.

It accomplishes what Hollywood films like The Blair Witch Project (1999), Paranormal Activity (2007) and Cloverfield (2008) have been trying to doinject staggering amounts of believability into a horror movie. And while theres a lot to be terrified about in this movie (that final room will ruin you), [REC] also happens to be loads of fun to watch.

It's franticly paced and filled with great characters. And while other movies of this type leave audience wondering why someone would still leave a camera running, [REC] gives concrete reasons for its protagonists to film everything, for f*cks sake!.

Bloody Disgusting nailed it when they named this film the crown jewel of the new wave of extreme French horror films. And for lifelong horror fans, this should come to no surprise. Inside is the most rewarding movie of its genre. All the ingredients of a modern horror film are present; from the pitch-black shadows of an empty house to the claustrophobia of a locked room to a ruthless, unpredictable and nigh-unstoppable villain. It has atmosphere and imagery by the boatload. It is downright relentless. Once things start to go south, the threats, the action, even the body count, just build and build. And, yes Virginia, Inside is bloody. Wont even sugarcoat it. It is gruesome. It leaves entire rooms, stairs and hallways drenched in crimson.

Ramin Shabestari hasn't written a bio just yet, but if they had... it would appear here.

Disney Quiz: Can You Name The Villain?