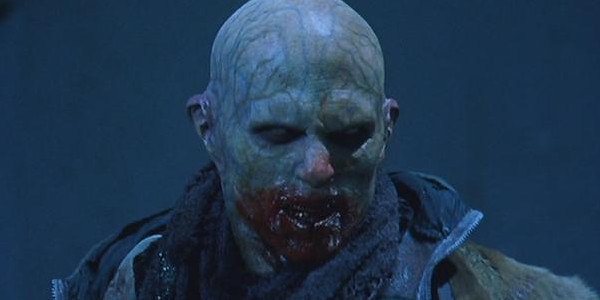 One thing that really bugs me about movie sequels is when the villain is generally weaker than the baddie in the previous movie. Surely the idea of a sequel is to make it bigger and better. Iron Man's opponents got gradually tougher in his titular movies, Daniel Larusso's opponents got gradually tougher in the Karate Kid movies, the Terminators got gradually more advanced in the titular movie franchise and in Avengers: Assemble, the heroes had a tougher task than in their previous movies, having both Loki and an alien army to contend with. That's how it should be done. There is nothing more anti-climatic than a protagonist going up against someone who is weaker than someone they've already defeated. It doesn't allow for character development and it disappoints the viewing audience. However, it does occur. And with that in mind, here are ten villains who were weaker than the villain in the previous movie...

Villain from the previous movie: The Joker (Batman). After having seen Jack Nicholson (the man many people thought was born to play the role) portraying the Joker in the first Batman movie, Danny DeVito's Penguin was always going to be a step down. The Joker is Batman's ultimate villain - the yin to his yang - so it will always be a hard act to follow, but this depiction of the Penguin made that job even harder. It was what it was, and some people did enjoy DeVito's portrayal, but it was very much a Tim Burton re-imagining of the character. He is, perhaps, the darkest, most disgusting villain ever portrayed in the Batman franchise. His foul snorts during his crass attempts at sexual seduction directed at Catwoman and the awful image of him biting the nose off one of his political supporters were utterly vile. DeVito gave Penguin an essence of unpredictability but it wasn't the Penguin we know - and nor was it an improvement on the Penguin we know - and it certainly wasn't an improvement on the Joker. This Penguin was dangerous with a sinister ulterior motive, but he still had a childlike innocence about him and didn't seem nearly as much of a threat as Gotham's insane clown prince of crime. DeVito wore a body suit and had a face covered in prosthetics, but the role landed him a nomination for a Raspberry Award for Worst Supporting Actor. Tom Selleck 'beat' him though, for his role as King Ferdinand V in Christopher Columbus: The Discovery.
Contributor
K.J. Stewart
Contributor
Twitter