I'm going to begin with a small apology. I'm a massive geek and this list is anything but comprehensive. Just from skim reading it you can see that the range of films/TV I'm covering varies in quality and expectation a lot but a programme or film with low production value and awful acting shouldn't therefore have an inconsistency such as a tough guy who just doesn't deliver. Basically, even though I'll mention poor quality fight scenes, it's the result of the character's actions on screen that I'm criticising in this list. For example Popeye isn't known for delivering edge of the seat action sequences but no-one can argue that he dominates in his fights. Conversely, I feel that Colt (Chuck Norris' character in Way of the Dragon) shows up to get beaten by Tang Lung (Bruce Lee), despite being hired as a professional s**t-kicker. It was a one-sided fight despite the high quality of the actor playing Colt (he's played by Chuck Norris). This doesn't make my list as it's a Bruce Lee film and getting beaten down by any character he plays is akin to playing a TV repair-man in a bad 70's porno and getting laid, it's completely expected in the storyline regardless of the believability. Honourable Mentions 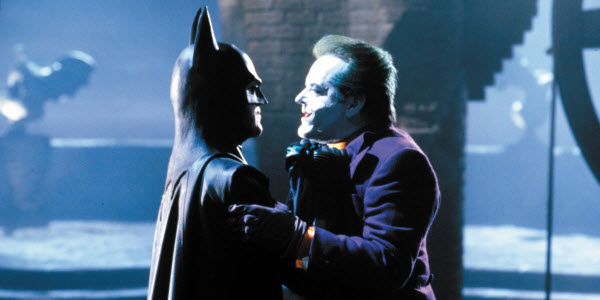 This was such an important movie for comic book fans and I'll defend it to the end. Sure it's not your typical Batman but it's an exciting alternative version of him and Michael Keaton kills in this role. He's not a great fighter at all though and gets handled a lot for Batman. This is in all likelihood an early Batman so some allowance has to be made but the fight scenes are generally forgettable and he does not showcase much in the way of martial arts ability (given his status as one of the best martial artists in the DC universe). The main downside to this Batman is that the Nolan version now exists and the fight scenes have come on such a long way since 1989 but the fact remains that this Batman does not really beat anyone notable and save for an awesome front kick to the face against a swordsman, doesn't meet the expectations of the character. 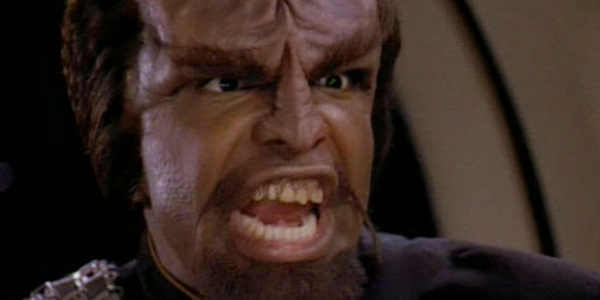 Someone pointed this out to me recently and I don't remember a lot about Worf but I also don't remember him winning many fights either. He was the kind of character that everyone referred to as tough but the writers never seemed to get around to showing it on screen (or at least not much). He did some stuff on a blind-folded girl in a martial-arts class once but that's all I can really recall. I would like to bring up more examples of Worf losing but I would be plagiarizing other people's observations and anyone who has followed the series with better memory of me can either agree or tell me how misinformed I am.

This is really anti-climatic rather than incompetent and it's as much due to the one opponent he faces and the age/prowess of the actor. In any event Bill has one fight on screen and is quickly outmanoeuvred by someone he had recently shot with a tranquilizer dart. There is a deleted scene where Bill takes on Michael Jai White and three henchmen and, for the sake of the story, makes him look like a very formidable opponent but, clearly reverently to the genre, it's a scrappy, low quality affair where Bill looks invincible while barely doing anything. Additionally there's an off-screen fight with Pai Mei, which could have been an close duel or a simple bitchslap from Pai Mei. In any event Bill inevitably could not match the build-up and was dealt with in rather swift fashion.
Contributor
Arthur Clarke

Arthur Clarke hasn't written a bio just yet, but if they had... it would appear here.

8 Horror Movies Built On A Lie

10 Incredible Movie Scenes You Never Got To See

10 Great Ghost Movies (No One Ever Talks About)