2. You're Gonna' Need a Bigger Boat

Jaws is filled with memorable lines, most of them supplied by Quint. In fact, many of Quint's lines were reported to be quotes from Craig Kingsbury, a local fisherman who played the ill-fated Ben Gardner - the man who was originally attached to the head that pops out of the bottom of the boat when Hooper is digging a shark's tooth from the wreckage of the hull. There's even a good story about the naughty limerick Quint recited on the dock in front of Brody's wife. When Spielberg asked for the original author of the improvised limerick in order to get permission for its use, Robert Shaw (Quint) told him it was from an old gravestone in Ireland and thus no permission was necessary. 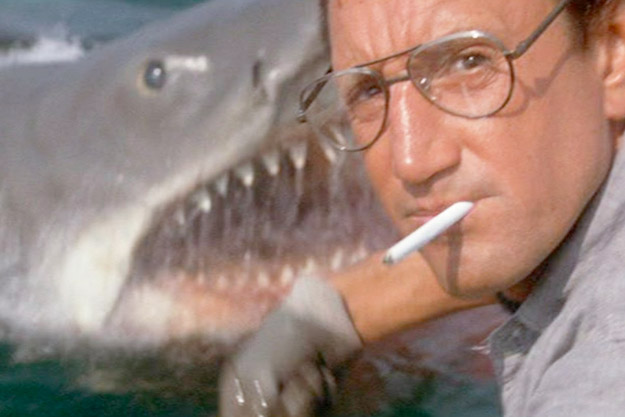 But the most iconic line of the movie (and arguably the most iconic line of all time) was not in the script. When the shark pops up through Brody's chum line, Brody is so stunned he backs all the way to the ship's cabin and tells Quint "You're gonna' need a bigger boat". That line was adlibbed by Roy Scheider. You may have known that one, but it is such an awesome fact I had to include it here.

3. Gregory Peck Was Almost in Jaws

Quint was supposed to be introduced as a loud, obnoxious guy sitting in the back of the Amity theater watching Moby Dick starring Gregory Peck. He was to be laughing so loud that everyone leaves the theater. This proposed introduction wasn't used because Gregory Peck owned the rights to Moby Dick and he hated his performance so much that he won't let the movie ever be seen again. Kinda' like Dean Koontz buying the rights to all his early novels and not letting them be republished.
Contributor
Tim Rich

Tim is a varied character. He's lived on three continents. He hates ice cream. He has been a highly-paid computer programmer. He invents collectible card games. He is a coffee shop owner. He has had fantasy stories published in magazines. Eventually he wishes to retire from life and become a professional 10-pin bowler who writes articles while living in his RV and traveling from bowling tournament to bowling tournament with his faithful wife in tow. And of course, Tim is a major horror and science fiction fan.