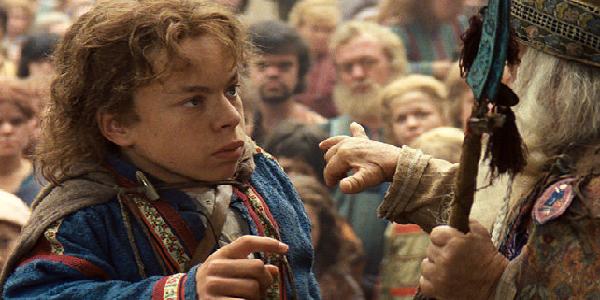 Willow Ufgood was a Nelwyn and a prospective sorcerer. He had a wife called Kaia and two children, who find the baby Elora Danan in a river near their village. They take the child in despite the fact that it's a Daikini (a human). Willow is then ordered by the village elder to deliver the child to a Daikini care taker. This leads to Willows meeting with Mad Martigan and begins the adventure to protect Elora Danan and destroy the evil Queen Bavmorda. Willow and his companion Meegosh entrust Mad Martigan with Elora's safety, which they soon find to be a terrible idea when Elora is kidnapped by Brownies. This leads to their meeting with Cherlidrea and begins Willow's quest to find the sorceress Fin Raziel. Willow is given Cherlindrea's wand and two Brownie scouts to help in his venture. Along the way, Willow encounters all manner of creatures and is forced to use both his magic (which often goes wrong) and, most importantly, his wits (which he uses brilliantly) to overcome great odds. He's a little guy with a massive heart and that's an awesome thing.
Contributor
K.J. Stewart
Contributor
Twitter