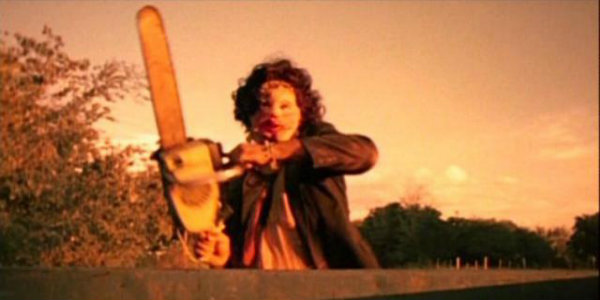 In 1974 Tobe Hopper and Kim Henkel created quite the buzz (heh. get it?) in the horror world with The Texas Chainsaw Massacre. A film which spanned two sequels, a 1997 attempted franchise re-launch, and a 2003 remake which in itself had two sequels. Though thirteen years passed between the release of the original Texas Chainsaw Massacre and the first sequels in this highly successful franchise. Surly in those thirteen years many ideas were kicked around regarding the story of the Hewet familys second big screen adventure. Most famous of these potential stories was less a horror film and more a spoof. A spoof of a spoof to be precise. In 1980 director Kevin Connor mocked Texas Chainsaw on the big screen with his dark comedy Motel Hell. A move about a farmer and his younger sister who own a motel where they grind the guests into sausages. The people behind Texas Chainsaw decided it was best not to get mad and instead get even.-So they set out to create their own spoof of Motel Hell disguised as Texas Chainsaw sequel. The title was Beyond the Valley of The Texas Chainsaw Massacre. A shot at the Roger Ebert scripted Valley of the Dolls sequels. This movie would have held true to the classic horror archetype, stupid kids ending up somewhere they shouldnt be and getting brutally murdered. Except the place they would have ended up was a town filled with murderous, backwoods, cannibals. On the surface it might not sound like the best idea ever, but think about it. A town of insane flesh eating maniacs, one where Leather face freely roams the streets? Yeah that might be a little creepy.
Contributor
Chris Librizzi
Contributor
Twitter

﻿Chris Librizzi is a Stand-Up Comedian from Atlantic City NJ. He has three cats, drinks too much coffee and is an avid Macho Man Randy Savage enthusiast. Dig it. (Dictated but not read) Check Chris out on Facebook and get yourself some free good karma http://www.facebook.com/pages/Chris-Librizzi/417127695030524

10 Great Monster Movies You May Have Missed

10 Actors Who Didn't Know They Were Being Filmed For Movies