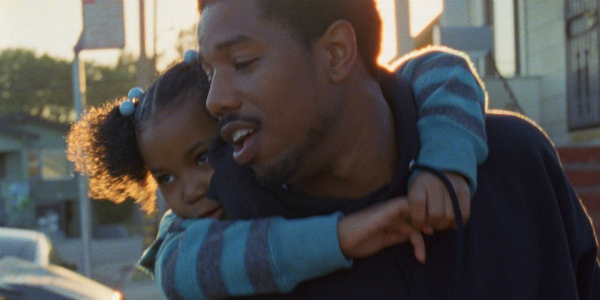 As summer winds down and we head inexorably closer to Oscar season, were of course already starting to hear awards buzz. Fruitvale Station, The Butler, and 12 Years a Slave are three early contenders, and three of the most prominent ones with black leading characters. Regardless of how well-crafted, relevant, or important Fruitvale Station, The Butler, and 12 Years a Slave are, it is very disconcerting to me that the movies with black leading characters that usually get the most awards buzz are the movies in which the characters are primarily seen as vessels for human rights or crime issues, frequently not in control of their situations, as opposed to the movies that contain characters who are interesting on their own (lets face it, the Academy loves pathos). A race of people cannot be defined by social dilemmas alone. Many of us think we know this in our everyday lives, yet that concept is constantly, subtly subverted in many of the mainstream Hollywood movies that we applaud. The fact is that movies go a long way in shaping perception, and Hollywoods portrayals have never been the most honest, let alone whenever black characters are used in a story. The Academy and many critics eat up social issue roles in general and especially expect them of black characters in movies, leading characters or not. Academy recognition contributes to what movies get made and perpetuates a negative cycle, repeating the same discourse over and over and over again no matter what the genre (Darwins fate in X-Men: First Class, for instance, bothers me very muchunless he returns of course). Many of these movies that get mainstream buzz set the conflict through a white characters eyes, like in The Help, but some, like Fruitvale Station, can be used to propagate this detrimental mentality in another way. In Fruitvale Station, even though much of the leading cast is black and its about universal as well as particular cultural themes in many ways, using complex, interesting characters to talk about problems that are very powerful, many viewers and critics put the emphasis on the wrong things. They take for granted the cultural norms the movie wants to explore and, powerfully felt or not, accept them as a given. For these viewers, a movie like Fruitvale Station fits into the parameters of what all stories of black people should be about, to be applauded until the next one comes out rather than do anything about what it is saying. I dont think Fruitvale Station wants to take this detrimental point of view, but its nevertheless how its talked about by many people. Also, and even more alarming, some critics apply the traits of one character in a movie to every person of a certain racial background, confusing the issue with the people. Go ahead and lookthose reviews are out there.

The problems depicted in Fruitvale Station are facing many parts of the world, and movies are great for communicating any kind of social issue, but wrong emphases or not, such problems and the solving of them should not be the defining traits of any characters of any race to begin with. My issue here isnt necessarily always with the moviesits how theyre framed for us. We live in a world of commentators, people telling us what to think about what we see instead of thinking about it for ourselves. In terms of movies, we are told what is popular and what is not. Malcolm X pointed out that many black people interviewed on television (in his time, but I also would argue today) are asked questions that involve race as opposed to questions on a wide variety of topics. Black figures are constantly asked to bring their race into the equation. Like Malcolm X, I think we should be people first. If we limit what kinds of roles people can play in visual media, if we place too much importance on one kind of theme over others, if we cant even let one person approach another in a fictional story as a fellow person without labels or constraints, we keep ourselves apart. Were manufacturing a reality with certain beliefs and expectations.

Flying in the face of Hollywoods reality, there have been numerous black characters since the beginning of filmsome in Hollywood and some notwho have been strong on their own as just characters in interesting stories without being defined by social injustices, even if social injustices are part of the backdrop of the story. And I dont mean smooth, street-wise, or urban buddy characters. Many of us in the audience already know this. These characters have proven to be not just solid in terms of a movies story, but many of their movies have been financially successful as well. Movies like Fruitvale Station absolutely have their place in our discourse, but thats certainly not all that black characters can offer, contrary to what the Academy and many critics value. Click next for just 20 of many, many black characters Hollywood needs to learn from. These do not necessarily represent the best characters, movies, or actors in the world, but Hollywood can really improve its business by thinking about them. Although I suppose if Hollywood is still having trouble making even white characters more variegated in terms of complex attributes, this will be a long time coming. It is characters like these who should be championed in addition to the usual Oscar frontrunners of any race as excellent entries in the canon of film literature, showing that anyone can bring something interesting to the human story from their experiences. Like the amount of talented actors, these characters are plenty, they are already out there, they are increasingly rising into public awareness, and they are Hollywoods for the taking.
Contributor
Ian Boucher
Contributor
Twitter

10 Better Movies That Were Secretly Hidden In Films New

10 Actors Who Turned Down Movie Roles Because Of Spite