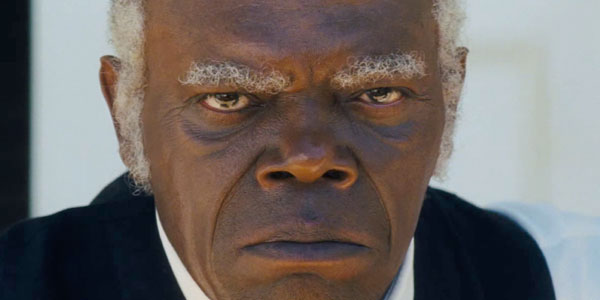 When people think of the Oscars, they think of a prestigious awards ceremony which recognises and honours the best filmmakers and actors in the industry, that particular year. However, with over 50 Academy Award nominations between the participants in my list and not a single win amongst them, clearly not every actor and director is acknowledged and valued by the Academy in the way they should be. I have compiled a list of 20 brilliant A-List actors and directors who have not yet and may never will, carry home the esteemed golden Oscar statuette that their lionized careers have warranted. Why haven't they won? I have no idea. Many of these actors and directors have won a multitude of Golden Globe awards and BAFTAs alike, however for some reason the most famous of all figurines has evaded them. Moreover, with many of the actors in this list, it may be that their Oscar opportunity has sadly elapsed. As we venture further into the 21st century, a time where age and sex appeal become more focal for lead roles, some of these bygone stars now have a huge question mark regarding their future Oscar prospects. It appears that some particular actors will forever be overlooked by the Academy for whatever reason. Actors such as Gary Oldman and Bill Murray have always been underrated by the powers at be, and no one knows the justification for their frequent exclusions. In recent years it has emerged that sadly, winning an Oscar isn't just about talent. If talent is the only factor in attaining an Oscar, then all of the stars that feature on my list would have no doubt won countless Academy Awards over the years and the contents of this list would look very different. So regrettably, some actors are just fated for a lifetime of gracious loser faces and congratulatory applause. And to quote the famous thespian Peter O Toole, some actors are just destined to "always be the bridesmaid and never the bride." This article is a homage to those unsung heroes, to the Actors who have put hard graft into their work, yet have never been been bequeathed with an Oscar award. They may never be recognised by the Academy, but they will always be recognised by us, the viewing general public.

Despite being a relatively late bloomer and only emerging into the public eye in 2001, Viggo Mortensen has in my opinion offered at least 4 Oscar worthy turns in his career so far. However, the Academy disagree with me and Viggo has only been merited with one Oscar nomination, for his performance as Nikolai Luzhin in Eastern Promises. What's crueler is in that year, Mortensen was up against the unassailable opposition of Daniel Day Lewis who inevitably took home the statuette for his performance in There Will Be Blood. His astounding work in films such as A Dangerous Method, A History Of Violence, and of course in The Lord Of The Rings trilogy, has inexplicably gone unnoticed by the Academy. His performance as Aragorn in Peter Jackson's epic trilogy was widely raved about by fans and critics alike, yet the strong screen presence that he established in those movies was was not enough to warrant an Oscar nomination. Incidentally, this role marked the initiation of his prosperous acting career that was to come. Perhaps his finest roles to date have arisen under the guidance of the Canadian filmmaker, David Cronenburg, who bestowed him with the parts of Tom Stall in A History Of Violence, Nikolai Luzhin in Eastern Promises and Sigmund Freud in A Dangerous Method.
Contributor
Jacob Savill
Contributor
Twitter

Thor: Love & Thunder - Everything You Need To Know About Gorr The God Butcher

Avengers Or Harry Potter Quiz: Who Said It - Thanos Or Lord Voldemort?