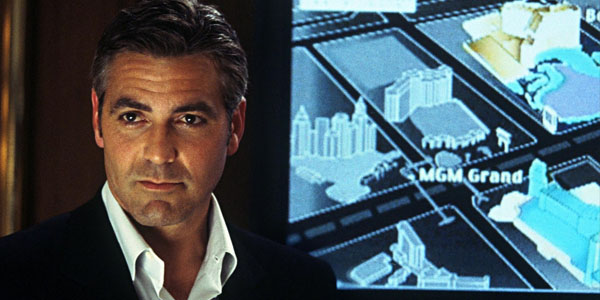 Nothing beats a good heist film. Whether it's the thrill of seeing an intricate robbery planned, staged, and pulled off by a rogueish bunch of characters, or rooting for them to get their commupence at the hands of an often obsessively driven cop, there's something about them that's really satisfying to watch. Clicking through these pages you'll see five of the best. However, please note that when I say heist film, I mean heist film - as in the film actually revolves around the plan and robbery - so for that reason you won't see films such as Heat or Thomas Crown Affair or The Town or Reservoir Dogs as good as they are (and they are some of my favourite films), because though they feature heists they're not what drive the film.

This film stands out as a different sort of heist film to the others on the list. There is no wise cracking, no cool and suave characters, no crazy stunts - it is simply a very tense, very methodical film about a jewel thief embarking on one last job with a gang of other criminals who raise the ire of the local crimelord. As dated as you would expect a 1955 French film to be, the main draw to watching Rififi these days is to see the intricate 30 minute jewel heist scene which shows the gangs crime in such detail that apparently actual thieves used it as a blueprint. Shot without dialogue or music, this proves to be the centerpiece of the film and the absolute silence in which it unfolds only adds to the tension. No gimmicks, no effects, no hip soundtrack, just hardcore realism.

punk, kindasorta journalist, writer of short stories, owner of too many t-shirts, and comic nerd. All of these insults have been used to describe me. 51% PMA 49% FTW I also write anecdotal music reviews here: http://fa-nat-ic.co.uk

Ups & Downs From Doctor Who 12.8 - The Haunting Of Villa Diodati