5. Gravity Shows Us A Different Type Of Hero 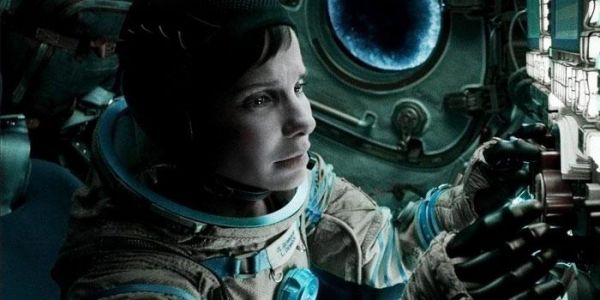 The defining character in the film is Dr. Ryan Stone, played by Academy Award winner Sandra Bullock. Bullocks character of Stone is, no doubt, a hero, but she differs quite remarkably from other Hollywood heroes who so often, in one way or another, illustrate mythologist Joseph Campbells hero of the monomyth. In the case of Gravity, we have, at the onset of the film, all of the dynamics that typify the Hollywood heroDr. Ryan Stone, along with co-astronaut Matt Kowalski (played by veteran actor George Clooney), confront incredibly challenging circumstances and show fortitude in their efforts to resolve the crisis which increases and increases in severity. But as the disaster continues to unfold, the audience is given a different type of hero. As Stone jettisons from one spacecraft to another, we are asked to seriously consider that Stone will not complete her mission. Stones emotions vacillate between restrained optimism and utter pessimismeven at one point resigning herself to an abandonment of her mission and her life. Bullocks portrayal of Stone is soft spoken, humble, inward and even existential, thus lacking the traditional characteristics of a hero who, in addition to being typically male, is headstrong, risk taking, and unreflective. Bullock and Cuarón give us nuance and humility in Dr. Ryan Stone and thus suggest a different course for heroes (and anti-heroes) in other films to come.
Contributor
Scott A. Lukas
Contributor
Twitter
Facebook

Scott A. Lukas has taught anthropology and sociology Lake Tahoe Community College for sixteen years and in 2013 was Visiting Professor of American Studies at the Johannes Gutenberg University of Mainz, Germany. He has been recognized with the McGraw-Hill Award for Excellence in Undergraduate Teaching of Anthropology by the American Anthropological Association (2005), the California Hayward Award for Excellence in Education (2003), and a Sierra Arts Foundation Artist Grant Program Award in Literary–Professional (2009). In 2006, he was a nominee to the California Community College Board of Governors. He is the author/editor of The Immersive Worlds Handbook (2012), Theme Park (2008), The Themed Space: Locating Culture, Nature, and Self (2007), Fear, Cultural Anxiety, and Transformation: Horror, Science Fiction, and Fantasy Films Remade, (co-edited with John Marmysz, 2009), Recent Developments in Criminological Theory (co-edited with Stuart Henry, 2009), and Strategies in Teaching Anthropology (2010). His book Theme Park was recently translated into Arabic. He appeared in the documentary The Nature of Existence and has provided interviews for To the Best of Our Knowledge, The Huffington Post UK, The Daily Beast, The Washington Post, and Caravan (India).