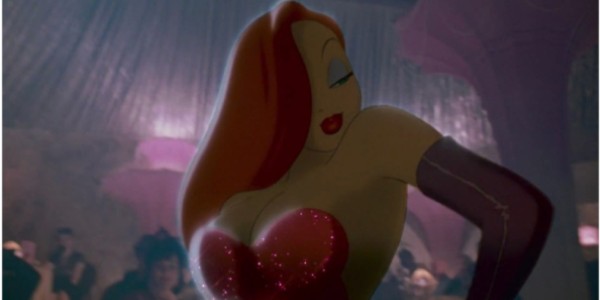 We have all been there - innocently watching a film with your other half before being struck by the skimpy outfit that a female character is wearing, and absent-mindedly fantasising about them being sat next to you on the sofa, stealing your popcorn. If that sounds like you, you're probably not alone - the sheer amount of fan fiction out there dedicated to the sexiest movie characters proves as well, and if there's one thing cosplay has taught us, it's that anyone can be made to look a lot hotter with a carefully planned costume and wig. So, with that in mind, here are five female movie characters that may have caught your attention and have you wishing your partner dressed like them...

5. Daisy Duke (The Dukes of Hazzard)

For the traditionalist, Catherine Bach. For the modern man Jessica Simpson. The Dukes of Hazzard character had men all over the world dreaming of Daisy Duke washing their car in her skimpy denim shorts or her famous red bikini. A poster with Bach posing as Daisy once sold 5 million copies, which I am sure would have been made up largely of men.

The all-leather look is something that has gripped male attention for as long as women have been wearing it. The skin tight look may not be everyone's cup of tea, nor would every man like to see their missus dressed in it. But when Anne Hathaway portrayed Catwoman in The Dark Knight Rises in 2012 it left spectators purring.

One of the most popular movie characters in history now, in the comely shape of Jessica Rabbit. The red draped dress, the long purple gloves and the visible suspenders are three reasons why men are ignoring the usual aversion to shopping, and exploring the digital shelves of trendy sites like Bank Fashion to pick out a new wardrobe for their ladies. The red shoes and the fiery hair complete the look.

It's not all about glamour, however, as Lara Croft proves. With a simple vest top and a pair of short shorts, men around the country were captivated with Angelina Jolie's character in Tomb Raider. The leg straps, the gloves and the occasional bikini shot would have helped, mind you.

Now for a more dressed-up look, because your partner can't wear next to nothing all the time. Or can they? Assuming no, I give you Nicole Kidman's character in Moulin Rougue! Satine. With the big hair, the tight corsets and the head gear, I am sure there will be plenty of men willing to be tickled by their partner's feather boa should the situation arise.
Quizzes

Want to write about No Ads? Get started below...
Contributor
Jack Carver

Jack by name, jack of all trades by nature.

7 Filmmakers That Ruined Their Movies By Explaining Them