So with Anchorman 2 finally on its way and our collective underwear at WhatCulture moistened with delight, we thought we would look ahead at what potential plots they could delve in to for one of the most anticipated sequels of the coming years.

1. Anchorman 2: The Legend of the Newsroom Battle

The Plot: Much like the first one, a lack of diversity on the now aging news team has caused issues with Channel 4 news executives. To capture the child demographic they introduce a feature called Kids News, which features immaculately dressed, optimistic 8 year olds as their news team. Threatened by this, Ron and the gang wage subtle warfare against these smelly, booger heavy blights on their news room and recapture the news that is theirs. Potential Guest Stars: The cutest selections from the audience of Sesame Street.

2. Anchorman 2: The Legend of the Bunny Boiler

The Plot: Happy with the way the introduction of Veronica effected viewership, Channel 4 bring in a new female news presenter to add a more even balance to the news team. However they unfortunately hire a woman who is willing to sleep with anyone and everyone, to get what she wants; and she does this in earnest by attacking the now all happily married members of the Channel 4 news team one by one, causing hassle in their lives and a rivalry with Veronica. Potential Guest Stars: As the sleep ahead, career driven bitch: Eva Mendes, Scarlett Johannson or any female entries from this series of The Apprentice.

The Plot: What exactly happened to Baxter after he got kicked off of that bridge? Well this is the chance for Adam McKay and Will Ferrell to fill in those blanks. Picking up from the moment Baxter is punted, it traces his journey across the wilderness and the people he encounters. For all intents and purposes, this would be Into The Wild... but with a dog, less self indulgence, less slow motion scenery shots and less of an annoying story that the only moment youre remotely happy is when the main character starves to death. Potential Guest Stars: Emile Hirsch, as a moany traveller who Baxter mauls to death.

The Plot: In a shocking turn of galactic events, Vince McMahon buys the universe and turns it into one big televised media spectacle from which he will televise select events of the people he now owns to attract huge audiences (all sponsored by Twix, a delightful caramel snack for all occasions). The first battle? All of the San Diego-ites, San Diego-uns?. San Diegons, news team readers in one big televised battle to the death, Im sure there will be many horses, men on fire and people stabbed with a trident; and 150 shots of Luke Perry getting his arm chopped off, just because that doesnt get old. Potential Guest Stars: Vince McMahon as the announcer, and The Undertaker there to do something useful and remotely like his name suggests and carry the bodies of dead news anchors away. 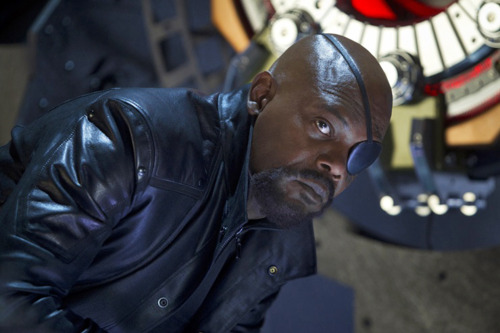 The Plot: 20 years after the events of the original, the Channel 4 news team have dispersed across the globe. Champ lives in a 2 bedroom apartment with a cardboard cut out of Ron Burgundy that he carries around everywhere. Brick is in the White House advising the first Bush administration on their highly important bear taming policy. Brian is in the Amazon rainforest hunting Pumas for his new cologne range Inside the tigers semen, whose advertising campaign involves the sexual liberation of Catholic Nuns every time a man walks past wearing this new cologne (sorry if I ruined the idea for your next advert Lynx). And Ron and Veronica live on top of the mountain where they got married; where Veronica is sadly assassinated by ninjas wielding tridents. Heartbroken and desperate to catch the killers of his wife, Ron travels the globe to find his news team, where they will uncover this investigation in a film noir style of investigative journalism, news telling and experimental flute playing. Potential Guest Stars: Chris Hemsworth as a golden locked hit man hired by the news team, Samuel L Jackson as the station co-ordinator. DISCLAIMER: I am aware that the events of Into The Wild are based on a true story, I am not criticising the nature of the people involved in the real events, I am criticising the dramatisation of these events which put forward an irritating central lead. Like I said, I am criticising the improvised dramatisation of the man, not the actual man. So what do you think? What would you like to see in sequel to Anchorman 2? Would any of these potential plots suit tickle your fancy? Comment below! See the rest of our Anchorman 2 news and features here!
Want to write about anchorman 2? Get started below...
Contributor
Luke Stevenson
Contributor
Twitter

10 Movies Nobody Wanted But Ended Up Loving New

12 Awesome Supporting Actors Who Need Their Own Movies

Batman: Every Live-Action Robin Ranked From Worst To Best