In 1968, the Planet of the Apes phenomenon was unleashed upon the world, and we havent ever really been the same since. There have been four sequels, a TV show, a cartoon, two reboots, an upcoming sequel to the second reboot, comic books, toys, and more. The Planet of the Apes franchise has long since transcended the novel that inspired it, with each story being about different subject matter within the same genre. It has influenced countless other films and television shows, and has been parodied very well in Spaceballs, The Simpsons, Jay and Silent Bob Strike Back, and Mystery Science Theater 3000. The Planet of the Apes movies are far from perfectalthough the first one is pretty darn close. They have their high points and low points. But because of five major things, like all the best franchises out there, Planet of the Apes always returns to stay fresh and timeless. 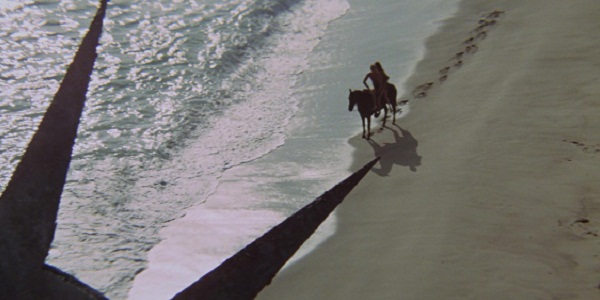 As with any successful film series, every Planet of the Apes movie uses the times in which it is made to achieve its own distinctly relevant visual styles. The first movie employs a visual technique very popular in the 1960sthe steady, silent zoom. It was popular, yes, but in that movie, its very stirring. It gives the audience time to think about just the right beats, like Landon planting the American flag or Zaius crushing the paper airplane. Since the franchise has been around for so long, one could argue that just by watching the movies you can watch filmmaking itself evolve. For instance, the fourth movie, Conquest of the Planet of the Apes, still uses silent zooms to emphasize claustrophobia or foreboding, and the characters are at times framed behind significant objects, such as fascist boots, but the movie also employs newer techniques like closer shots instead of medium group shots, a majority in the first three movies. Conquest isnt afraid of darkness and uses it artistically, as well as stark lighting from above to bring out the characters features, taking advantage of those distinctive ape brows. Even though you see afros when its supposed to be 1991, it still feels like a different era than the previous movies, going forward, stylistically and technically.

Rise of the Planet of the Apes also uses the current popularity of close shots, shaky cameras, and quick camera movements at the right times, to evoke real-time chaos and desperation, but also simple tenderness. Furthermore, the film uses the possibilities presented by current visual effects technology to compose shots that expand the story, from the altitude of redwood canopies to above and below bridges, tracking quickly from one space to another. And its all for a good cause. Click "next" to continue.
Contributor
Ian Boucher
Contributor
Twitter

10 Movies That WASTED Villains From Their Source Material

8 MCU Characters Who Deserve Their Own Movie