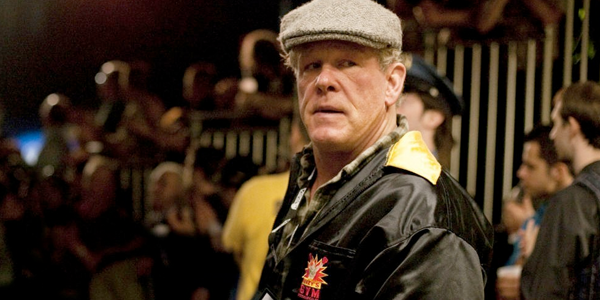 Fathers play a big part in shaping our lives; who we are, how we think and what values we hold. Everyone has a father - even fictional film characters. But, as in real life, the relationships are not always close. In fact the majority of films are so focused on the main protagonist/s that we rarely stop to consider that they even have families at all. Neo did not bring good 'ol dad along for the ride in The Matrix, we were all too captivated by Jason Bourne's struggles across his trilogy to think about his father and if the writers had furnished each of the Ocean's 11 characters with on-screen dads the casino heist would have been more convoluted than it already was. However in some cases the role of the father can be a movie's defining quality. With Father's Day having recently been and gone, I've picked out five of my favourite father films where dreadful dads achieve a measure of redemption by the end. There will be spoilers here.

Being "Michael's" boy is not easy. Just ask Michael Jr. He is given the cold shoulder by his dad for the first part of the movie and cannot understand why. He later discovers his father works as a hitman for John Rooney and after sneaking out with him on what should have been a simple "talking to", he witnesses his old man and his partner, Conner Rooney shoot several men to death. If that isn't enough, Michael Sr's involvement in the world of organised crime leads to a hit on the rest of his family, leaving only the two Michaels alive. Michael Sr heads across the country to have his retribution on those who wronged him and along the way forms a closer bond with his eldest son than ever before. It does not happen instantly. At the beginning of their journey together Michael Sr is more interested in his revenge than his son. But after teaching his son to drive in order to help him pull bank robberies the seeds of a father/son relationship begin to grow. The sequence which involves Michael Jr almost hitting a tractor head on before grinning "we made it" at his dad is a moment of rare comic relief in what is a very dark and brooding film, expertly directed by Sam Mendes. From that point on, many scenes of the two together are in daylight or well-lit while scenes involving Michael Sr by himself remain dark. The gradual character transition is superbly done and Tom Hanks has a big part to play in this, he is brilliant throughout. The film culminates when Michael Sr saves his son's life at the price of his own in a touching final act.
Contributor
Sam Forrester
Contributor
Twitter

Lover of film, video games, football, fitness and of course writing. Journalist/feature writer by trade. Looking to write about what I love in my spare time (lol!). @samforrester23

10 Movies You Should Only Watch Stoned

8 More Movie Plot Twists So Subtle You Totally Missed Them

10 Most Immersive Movies Ever

10 Dumbest Decisions By Lord Of The Rings Characters