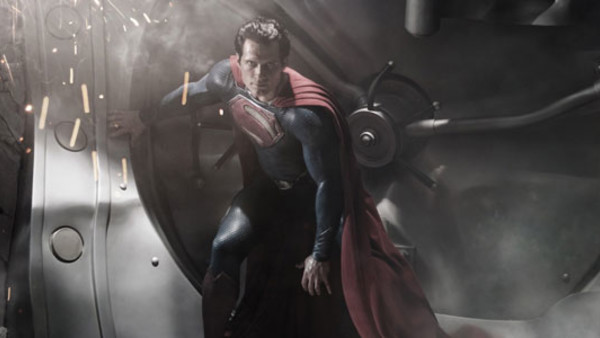 Ever since The Avengers absolutely killed at the box office, Warner Brothers has been watching Marvel Studios with green eyes of jealousy. And its hard to blame them. After all, if not for Warner Brothers and their subsidiary, DC Comics, the superhero movie revolution may have never happened in the first place. Richard Donners Superman: The Movie was groundbreaking for many reasonsnot only was it the first real live-action superhero movie, but it also took a serious approach to the material and cast some of the top talent at the time, like Marlon Brando and Gene Hackman. Its an approach that the most successful comic book movies have adopted. Of course, twenty years later, Warner Brothers almost killed the superhero movie with Batman & Robin, so its hard to feel too sorry for them. Nonetheless, Warner Brothers and Batman are no longer top dog. Theyve been upstaged by Tony Stark and his Avenging friends. And although Warner Brothers has their own superhero team franchise in the form of the Justice League, attempts to get that off the ground have been somewhat less than successful. In fact, outside of Batman, Warner Brothers attempts to bring some of their other superhero properties to the big screen have either been disappointing (Green Lantern) or ridiculously terrible (Catwoman). So how can they compete? Well, for starters, look at whats worked for Marvel Studios. It wasnt a fluke that theyve come so far in such a short period of time, and managed to avoid many of the pitfalls that other companies have fallen into. Here are five tips that Warner Brothers should take from Marvels success.

Do you know what worked so well with Iron Man? It wasnt that thered never been talented writers, directors, and actors on comic book movies in the past. There have been some very talented folks that have worked on some very bad comic book movies. Were talking Oscar-nominated and Oscar-winning people here, so its not a lack of talent. Instead, its a lack of understanding. The lightning that Iron Man captured in a bottle is that both Jon Favreau and Robert Downey Jr. are diehard fanboys. That means the central vision behind this movie came from very talented fans. But despite their talent, they werent so arrogant to assume that they knew it allthey still consulted Marvel Comics and their writers and artists. When they decided to design Iron Mans armor, they took a note not from a Hollywood costume designer, but from an Iron Man artist. Its not enough to find someone who is talented, its a matter of whether those talents are applicable. Outside of this site, I write stories about globe-trotting adventures and gun-slinging assassins. Basically, I write action. But if you asked me to write something in the vein of Twilight, youd get something that even Twilight fans would find terrible, because its not something Im interested in, nor is it something Im good at. Its the same with superhero movies. Get the right people involved. And for that matter

Percival Constantine is the author of several novels and short stories, including the Vanguard superhero series, and regularly writes and comments on movies, comics, and other pop culture. More information can be found at his website, PercivalConstantine.com