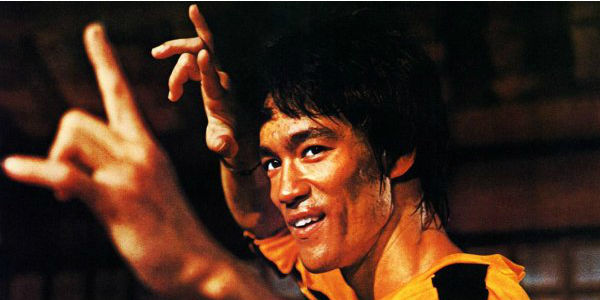 There have been a great number of Asian action stars that have crossed over to Hollywood through the years, Jet Li, Jackie Chan and Chow Yun-Fat amongst others. Though these actors (especially Chan) have come close, none have been able to live up to the legacy of the man who broke down the door for them, Bruce Lee. The American born but Hong Kong raised Lee, first gained popularity with his role as Kato, the true hero of the television show The Green Hornet. After unsuccessful attempts to further his career in the States Lee decided to return to Hong Kong. Upon his arrival he was surprised to learn that he was already a star in the country, as The Green Hornet had been exported there and referred to by the public as The Kato Show. Lee successfully capitalised on this popularity and built a career for himself as the foremost martial arts star in Asia. His first movie The Big Boss was a big hit and was followed by Fist of Fury and Way of the Dragon which cemented his status as a household name in Asian cinema, but Lee wasnt satisfied with this and movie executives sensed an opportunity. This opportunity would become Enter the Dragon. The first Chinese martial arts film to be produced by a Hollywood studio, Enter the Dragon is the movie for which Lee is best remembered and the film that made martial arts popular in the West. With both Jackie Chan and Sammo Hung having minor roles and of course Bruce Lee himself as the star, the film is a touching stone in cinema. Its one of those movies, like Dr No or Psycho that you can look back at and without any hesitation and say that it began a genre. Whilst filming what would be only his fifth film, Lee passed away at the age of 32. His death came six days before the release of Enter the Dragon and left Game of Death, the film which features his iconic yellow jump suit- unfinished.
Contributor
Matt Martindale
Contributor
Facebook

A guy who is in too far to many geeky things then he would care to admit. A film, tv and gaming enthusiast he will maintain that Rocky III is an awesome movie until he draws his final breath. Embarrassing Fact- owns five different versions of Ocarina of Time

Every Resident Evil Movie Ranked From Worst To Best