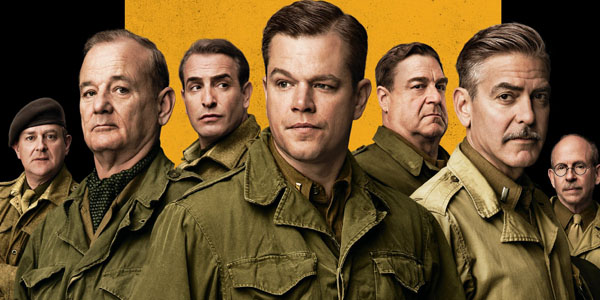 When it comes to film adaptations of books there have always been two groups of people: the 'it's okay but not as good as the book' group, and the 'thank god I can watch a two hour film instead of reading a 500 page book' group. Whichever group you belong to there is no denying that translating something from page to screen is no easy task. Films have budgets, location issues, time restrains, and a runtime limit; books on the other hand have very few restraints. But every now and then a film adaptation of a book is released that takes the book and gives it new lease of life, occasionally even being better than the book (Fight Club springs to mind, and I don't feel too bad for saying that as Chuck Palahniuk himself has said the same thing). With that in mind, let's take a look at 6 adaptations gracing our screens in 2014 that are genuinely worth getting excited over and could even outshine their novel counterparts.

Following on from Catching Fire, it certainly looks like this is a film which will not disappoint. The Hunger Games films so far have stayed true to the books, having achieved the rare feat of impressing fans of the book as well as attracting a new audience. That said, as with The Hobbit and Harry Potter and the Deathly Hallows, it does beg the question of why has this third instalment been split into two films? Is it necessary, or is this simply a money-making ploy from the studio? We will have to wait until 21 November 2014 to find out, but it seems likely that Mockingjay Part Two will be the film to get really excited about here.
Contributor
Deleted User 20210604

20 Things You Somehow Missed In Star Wars: Episode III: Revenge Of The Sith

Why Ghostface Is Different In Scream VI

Harry Potter Quiz: In Which Movie Did It Happen? New