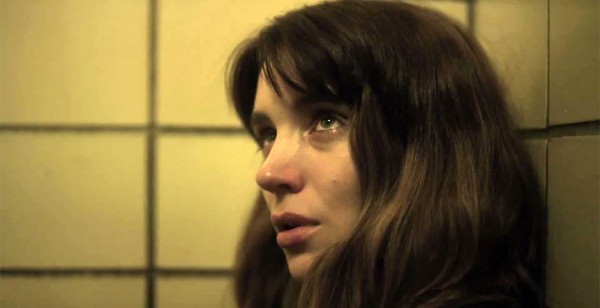 Steven Soderbergh's recently released Side Effects brought this article to fruition. Although the film will probably be wiped out of everyone's minds in a few months, you cannot help but feel the essence of one of the greatest directors of all time channeled through Soderbergh's cinematic eye. The very first shot in Soderbergh's film is a clearcut and obvious homage to Alfred Hitchcock's Psycho, and countless other nods to the master of suspense can be spotted elsewhere by eagle-eyed fans. One cannot deny that no matter the filmmaker, Hitchcock's influence lives on and is as pivotal to film directors today as it was back in the day - even for those who do not specialize with thrillers. As you can probably notice by now, Alfred Hitchcock is one of those names that any film enthusiast should get tattooed across their chest someday. Okay, not really, but his iconic silhouette may just do if you adore him as much as the next film buff. This article will analyze the six greatest Hitchcockian films that Hitchcock did not direct. If you are planning to build a film library, then the following six films are some that you may consider acquiring, especially if you love Hitchcock. Be warned, though, that spoilers lie ahead! Before you read on, however, let's start off with a list of honorable mentions that simply did not make the cut due to several reasons:Shutter Island (Martin Scorsese, 2010) Mirage (Edward Dmytryk, 1965) Duel (Steven Spielberg, 1971) Les Diaboliques (Henri-Georges Clouzot, 1955) Le Boucher (Claude Chabrol, 1970)
Contributor
Alex Aagaard
Contributor
Twitter

I'm currently enrolled in the Film Studies program at the University of Copenhagen in Denmark. If you haven't guessed by now, movies and media are as a big of a passion for me as they are for you and would love to hear what you've gotta say as well!

Eternals: 10 Biggest Changes From The Comics