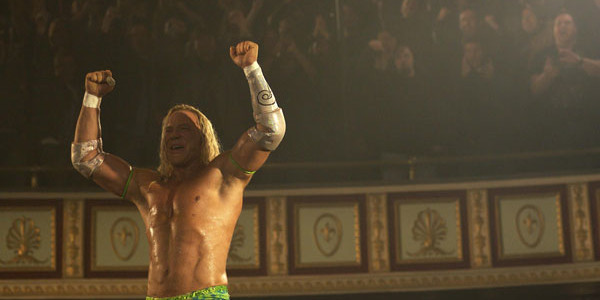 Ambiguity can be a film-maker's best friend, especially when it's understood correctly and harnessed properly. To my mind, it should go something like this  sometimes, you need to understand that less equals more, because in certain situations it's far more poignant and powerful to leave the ending up to the viewer. Think Total Recall's dogged determination not to tell you if Quaid was hallucinating, or Blade Runner's dancing around the issue of Deckard being a replicant. Hell, to get out out Phillip K. Dick-inspired fare, think of whatever the damn hell happened at the end of 2001: A Space Odyssey, or the is-it-a-delusion finale of The King Of Comedy. My point is this  in certain situations an open ending can really aid a film, because occasionally bashing the audience around the head with heavy-handed moralising or signposted endings can jar with the experience. It's the show-don't-tell model of storytelling, and it leads to those best kinds of films, the ones you can mull over in your head, day after day, replaying the events again and again. It's these endings to which all film-makers aspire when they wish to make their audience think. However, just because film-makers want to make their ending as nebulous as possible, it doesn't mean they always succeed. Indeed, they can often be hoisted by their own petard instead. It's an occupational hazard  if you write an open-ended conclusion, you should take it as a given that someone, somewhere has done the whole several-watches-of-analysis thing to it, and attempted to APPLY concrete solutions to your inconclusive work. In fact, this is just what I've done here  I've taken some of the great and the good films that didn't have proper conclusions, and attempted to slap one on anyhow. You might call it blasphemy, and to be honest, I'd probably agree with you  this is just a thought experiment writ large, so feel free to heckle me if you disagree with my theories. Hell, they probably deserve it, but I thought I'd give it a crack. Before I begin, I must point out that there is a SPOILER WARNING is in effect. Also, all of this is my opinion, and should in no way be represented as objective fact. Except Deckard being a replicant, that one's totally true.
Contributor
Edward Owen
Contributor
Twitter