Did you know you can see a Munchkin hanging himself just off the Yellow Brick Road in The Wizard Of Oz? Or that in Three Men And A Baby you can glimpse the ghost of a child through a window in one scene? Or that Jill Masterson, the literal golden girl in Goldfinger, actually died from asphyxiation during the iconic scene? Of course all three of those are utter rubbish (its a bird, a cut-out of Ted Danson and James Bond science), but that didn't stop the rumours spreading. While these facts are well known fakes, theres plenty of seemingly true trivia out there thats nothing but an enticing lie, started by an unfortunate misunderstanding or from overzealous fans. Here we look at eight of the worst cases, busting open some commonly held beliefs. 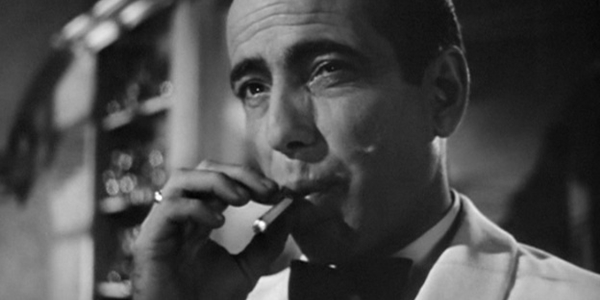 The Myth: Ronald Reagan was first choice to play Rick. Theres a multitude of potential castings that exist in the history of cinema. Its understandable really; not often will a screenwriter write a role with an actor in mind. But while its fun to imagine Tom Sellick as Indiana Jones would be like, they dont come much bigger than Ronald Reagan as bar owner Rick Blaine in the seminal Casablanca. Reagan (who had a rather patchy filmography) was the first choice for the role that eventually went to Humphrey Bogart, as evidenced in early publicity for the film. The Shocking Truth: The role was written for Bogart. You know when I said its not common for a character to be written for a certain actor? Well that is what happened with Rick (sort of). Up until Casablanca, Bogart used to be known as a gangster actor, playing primarily unrelatable villains. The films producer, Hal Wallis, wanted him for the lead and said to Warner Bros. the film was being written for him. Whether it was necessary embellishment or not, it shows he was certainly the first choice. The press release that spread the Reagan rumour around either came from a miscommunication, or advertising from Warner, who wanted Reagan (who was contracted to them) in the limelight for an upcoming release. Either way, it was never official; Reagan was rather busy facing being deployed into the real war.
Contributor
Alex Leadbeater
Contributor
Twitter