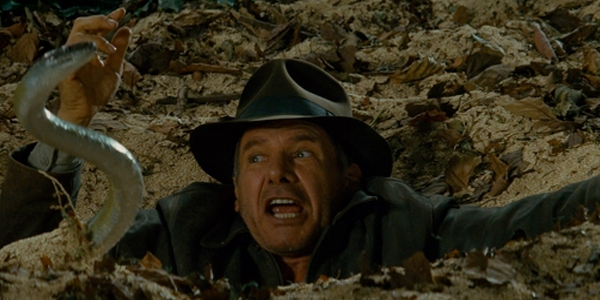 On average, 2 to 3 years is the norm for a sequel to get produced and released. But there are cases when sequels are announced before the first film is even released. Many times we wait impatiently until studios see final sales figures to see if a franchise is profitable. There are occasions when films in a series are tossed out on a near yearly basis. Sequels are inevitable as much as we claim to hate them. Often we demand sequels no matter the consequences because we want more of our favorite stories. Yet, when we see the final product we always resort to the old adage that "it can never beat the original" and feel disappointed. So how bad do we want sequels and how long are we willing to wait? Sequels are the one thing that fans get to decide. Most times, if we want it the revenue will prove it and we will get it. But at what cost? Here I give some of cinema's (not counting direct to DVD sequels) longest gaps between sequels for films that we assumed finished with one outing but something brings it back from the dead far in the future. Is it for money, attention, or legitimate expansion of narrative? Here are eight sequels with long gaps that make us wonder if it was worth the wait, and five upcoming sequels that beg the same question.
Contributor
Chris Combs
Contributor
Twitter
Facebook

From filling an empty stomach to sleeping in until noon, Chris Combs ensures to enjoy all of life's simple pleasures. Poet, explorer, and all around gentlemen. This scholar is a pop-culture melting pot of useless information that would win any game of trivial pursuit. Follow him on Twitter to get inside his mind @OrganicChris23

20 Most Impressive Displays Of Power In The MCU New