As some of the world's smartest directors have discovered to their advantage, actors are tools, not only for reciting dialogue and performing the relevant accompanying actions, but for being used, exploited and on occasion harmed (temporarily), all in the pursuit of making the best movie possibly by way of the character's portrayal. Sometimes not even the best actors the world has to offer can deliver the authenticity of something born out of deception, that is, deceiving the actor such that their knowledge of a given scene is starkly different to the director's, and even often the other actors in the scene. When done right, the result is pure, spontaneous movie magic. Here are 9 famous movie scenes made possible by deceiving actors... 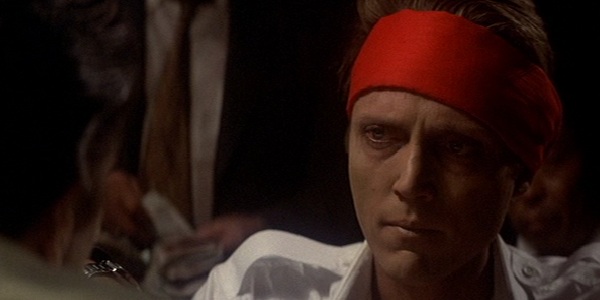 The Deer Hunter is a film of almost unbearable emotional intensity, dealing with the traumas of the Vietnam War in an arresting, imaginative and utterly heart-wrenching manner. No stronger is this felt than in the latter portion of the film, when Michael (Robert De Niro) returns to the country to try and talk sense into psychologically scarred veteran Nick (Christopher Walken), who has become a mere shell of his former self, partaking in games of Russian roulette without much of a care about his own well-being. The scene culminates with Nick spitting in Michael's face, but this moment was not included in the script; rather, director Michael Cimino instructed Walken to do it, and De Niro's resulting enraged look is 100% legitimate. According to reports, the actor also almost stormed off the set as a result; even so, risky as it was, it adds immeasurably to the fraught nature of the scene and Nick's final moments. Splendid.
Contributor
Shaun Munro
Contributor
Twitter

8 Horror Movie Actors Who HATED Their Own Performances

8 Brilliant Movie Plot Twists (That Don't Make Sense At All)

10 Horror Movies That Max Out Your Senses

8 Marvel Characters That Could Appear In Thor: Love & Thunder

10 Recent Movies That Surprised EVERYONE

8 Movie Characters Who Were Killed Because Of Test Audiences

10 Intense Movie Performances NO ONE Was Ready For