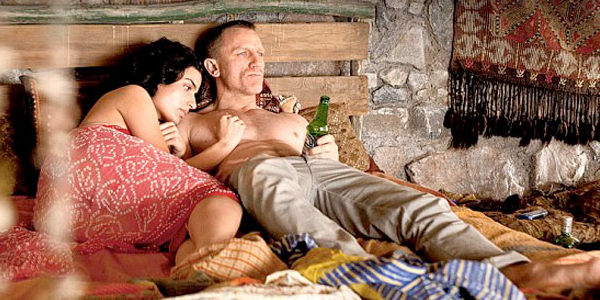 Films don't have to be morality plays, but they do tend to abide by certain rules. Namely, that certain stuff is bad, you shouldn't do it, and if you do, bad things will happen to you. We all know of certain flicks that look to be glorifying something suspect, but when push comes to shove, things end up going slightly slightly down the tubes. Whether that be drugs, alcohol, crime, infidelity or even simple laziness, films usually end up chastising those who indulged too much in something they shouldn't have. Yet this doesn't happen all the time, and nor should it. Film is a complex medium with all sorts of avenues for story-telling, but just keeping things stuck on the same moral record can be something of a bore. So certain films attempt to shake things up somewhat, giving us scenarios where the characters who wallow in vices and character defects actually come out on top through sheer balls and gumption. And you know what? That''s fine  occasionally it's nice to root for the underdog, even when they're offering terrible life lessons. It's to these films that this article is dedicated. The films that know certain characters are absolutely riven with faults, but still proceeds to stick them atop the podium regardless. Obviously, it goes without saying that a SPOILER WARNING is in effect, so read on at your own peril.
Contributor
Edward Owen
Contributor
Twitter