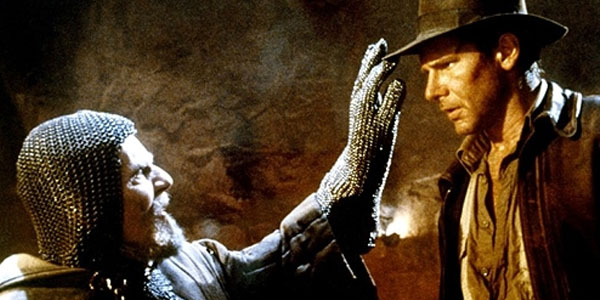 ParamountShould a film be a work of art or be produced solely for the audiences entertainment? Its a question that will be argued over on internet forums and IMDB message boards until it erupts from the webpages and into full-scale fanboy warfare. Avatar is an interesting example of this. A quick glance at the IMDB message boards bring up threads titled The biggest box office flop in movie history, I love this move, The most overrated movie in the history of film ever!!, Whats with all the hate? and (bizarrely) Do female Na'vis menstruate?. Other than proving that some people are just weird, it also shows that an entertaining film is no mark of its quality. There is no doubting that the most successful film of all time can be good fun, but its hard to argue it is of the highest quality. Sure, it looks pretty and the technology employed to create it is astounding, but thats where the quality stops. Overall Avatar is a cliché-ridden melodrama, scattered with poor acting and off-the-shelf characters. Knowing this doesnt ruin the film, but it can do if you want it to. Plainly, quality and entertainment are different things. Its easy to appreciate the writing, performances, direction and cinematography of a film without necessarily enjoying the final product. On the other hand, its equally easy to recognise when a film fails in all these areas, but not care about them because you are having a good time. To avoid the social stigma of liking such films, people call such examples guilty pleasures. To some extent this explains the popularity of films like the Pirates of the Caribbean sequels, Transformers or any film starring Adam Sandler in the last ten years. Citizen Kane they most certainly are not, but that doesnt mean they cant be enjoyable in the same way that people may find Citizen Kane a complete bore. The following franchises have some really great films in them. Later instalments may not live up to the earlier entries in the franchise in terms of quality, but in many ways theyre way more enjoyable.
Contributor
Nick Barnes

Nick Barnes hasn't written a bio just yet, but if they had... it would appear here.

15 Most Underrated Spy Movies Of All Time

20 Things You Didn't Know About Serenity