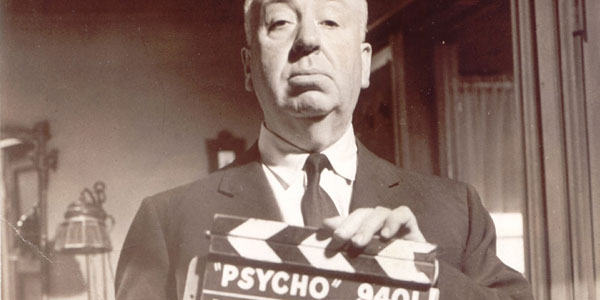 ***Beware, spoilers be here!*** Alfred Hitchcock, one of the most legendary filmmakers of all time, and known as "The Master of Suspense". But why? With all the advances in cinema, why do we still regard a director from the 1920's-1970's as the master of suspense? Surely someone has managed to top him! Nope. Nobody. Even though the list of famous directors that he has influenced continues to grow, no one has yet managed to top his legacy. So in this article we'll be looking at five movies that prove his skill. While we clearly can't touch on all the brilliance that made his movies work, we can at least discuss a few things. Beginning with...

One of the most famous experimental films of all time, Hitchcock's 'Rope' is filmed as one long take (despite having cuts, it looks like one long take), and was filmed in real time. It follows two young men named Brandon Shaw and Philip Morgan who try to prove their intelligence by murdering a former classmate, and carrying out the perfect murder. To test it out, they kill him minutes before houseguests show up for a party, and they stuff their victim in a chest that is then used as a buffet table. All goes well until their former school housemaster (Jimmy Stewart) begins to piece together what they've done. The impressive thing about the movie is that not only can Hitchcock present a tense thriller in what is essentially one long shot, but what really works is a theory he had - that mystery spoils suspense. Few other movies present this idea as evidently as Rope. Right from the start, we see who commits the murder, why they commit the murder, and how they did it. This way, we're not focused on the "whodunit" aspect of the movie, constantly trying to guess who the perpetrator is. Rather, the only thing we wonder is "What happens next?"
Contributor
J.D. Westfall

20 Things You Probably Didn't Know About The Godfather New

Harry Potter: 10 Behind The Scenes Secrets That Will Blow Your Mind