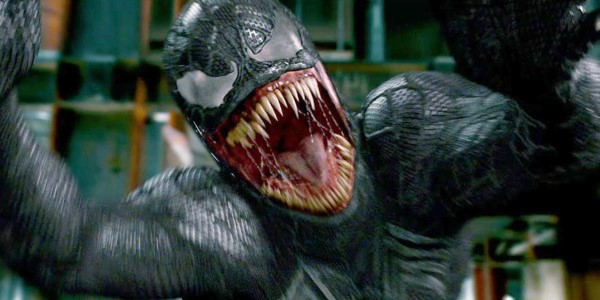 In completely unshocking, and not exactly Breaking News, Sony Pictures have announced that spin-offs dedicated to iconic villains Venom and the Sinister Six will follow The Amazing Spider-Man 3. The company have announced the developments as the manifesto for forging "a new legacy in the story of Peter Parker on screen" and that the new pictures, including the expected third addition to the current run of Spidey films (imaginatively called The Amazing Spider-Man 3) will see Alex Kurtzman, Roberto Orci, Jeff Pinkner, Ed Solomon and Drew Goddard working together to oversee the developing story over several films. The writers are being called a franchise brain trust whose task is to channel the successful approach to linked story-telling that formed the strong foundation for the Avengers movie, building a continuous tone and thread through incoming films. Kurtzman, Orci and Solomon are writing The Amazing Spider-Man 3 script, which presumably will include some or all of the Sinister Six, or Venom as a means to setting up their spin-offs, and Marc Webb is wanted to direct. The Venom screenplay will also be written by the same trio, with Kurtzman directing, which may well be the biggest indicator that Venom will be the chief villain in The Amazing Spider-Man 3. The other spoilerific implication here is that Jamie Foxx's Electro won't die at the end of The Amazing Spider-Man 2, since he is one of the founding members of the Sinister Six, along with Vulcan, Sandman, Doctor Octopus, Kraven The Manhunter, and Mysterio.) Goddard will write (and probably direct) the Sinister Six spin-off, which will focus on Spider-Man's rogues' gallery. The question really is how a villain spin-off would work, without Spider-Man (which is inherently implied by the spin-off label) - or whether Sony are merely using the spin-off title for ease, and Spidey will actually make an appearance - unless the Sinister Six film works as an origin story setting up The Amazine Spider-Man 4, focusing on the Six's rise from petty street toughs to master criminals. Which sounds like a terrible idea. Since we've already seen a hint at the Six in the trailer for The Amazing Spider-Man 2, that also doesn't seem likely. Naturally, attention will now turn to the inevitable casting call scrum for actors to fill the positions in the Sinister Six that haven't yet been filled as well as Venom, but you could probably do worse than betting on Eddie Redmayne to take that mantle, since he was runner-up to Andrew Garfield in the race to be the new Spidey. What do you think of this news? Who do you want to play the Sinister Six and Venom? Share your picks below.
We need more writers about Marvel, The Amazing Spider-Man 2, venom and Sinister Six Movie! Get started below...
Chief Operations Officer
Simon Gallagher
Chief Operations Officer
Twitter

10 21st Century Horror Movies That Are So Bad They're Good

Harry Potter: Good Luck Getting 100% On This Harry And Ginny's Relationship Quiz!

10 Paranormal Horror Movies You Need To See Before You Die